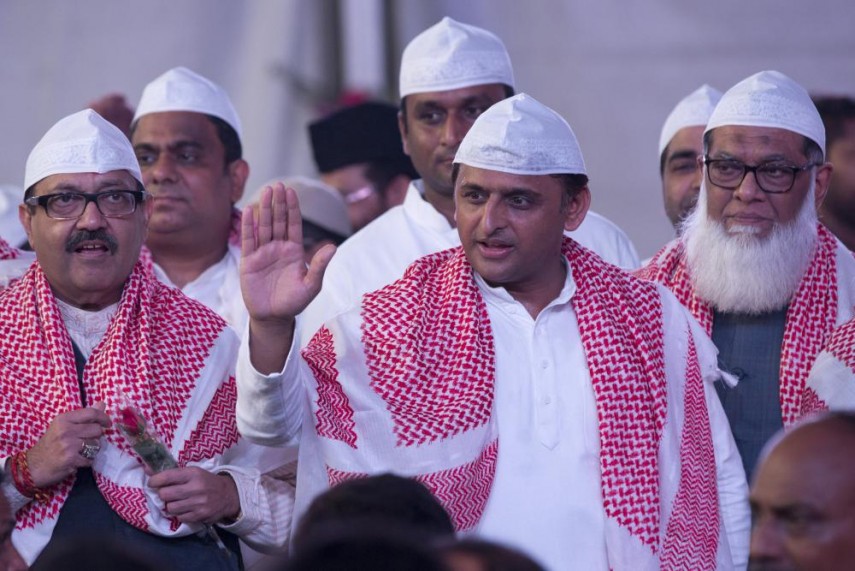 With party leaders critical of Amar Singh's alleged role in the current feud in Mulayam Singh Yadav's family, senior SP leader Shivpal Yadav today defended him by saying an organisation is strengthened by taking everyone along.

Uttar Pradesh Chief Minister Akhilesh Yadav, who had stripped his uncle Shivpal of key portfolios after SP supremo Mulayam Singh Yadav made him state unit chief, had yesterday blamed an "outsider" for the crisis.

Speaking in the same vein, party general secretary Ram Gopal Yadav also hit out at Amar Singh after his meeting with Akhilesh today, though he refrained from naming the Rajya Sabha MP.

Asked about other SP leaders' "unhappiness" with Amar Singh, Shivpal said, "Taking everyone along makes an organisation stronger. There are all kinds of people in a party. One has to apply his mind also."

"If everyone becomes intelligent, all of them will be CM or netaji. Everyone cannot be Akhilesh or Mulayam," he told reporters at his residence.

Earlier in the day Ram Gopal Yadav was riled by questions on Amar Singh.

"There is nothing like mulayamwadi..If someone is not Samajwadi, how can he be mulayamwadi," he said in response to queries on Singh, who was expelled in 2010 and rejoined the party a few months ago

Apparently attacking Singh, Ram Gopal said that due to "simplicity" of Mulayam, "those who have nothing to do with party's interest are able to take benefit".

"You also know this. Those who have nothing to do with party's interest take benefit of simplicity of netaji.... They harm the party.... All those who met me are saying so," he said.

"He is the same person, who used netaji's simplicity to make an incharge of the party (Shivpal was earlier made SP UP incharge). There is no such post in SP. They say you are being challenged.....There is no one in the party who can challenge netaji," Ram Gopal Yadav said.

When asked about Ram Gopal's statement that he was made party state incharge though there was no provision in the party for the same, Shivpal said, "The party president can take any decision. It is there in the party constitution."

Asked about losing important portfolios, he said, "I cannot raise questions on which circumstances the Chief Minister has changed my departments. It is his discretion."

"I have a big responsibility. It is bigger than getting portfolios. We have to form a majority government in the state in 2017. I was state president in 2011 and now netaji (Mulayam) has once again given me this responsibility. No one has the capacity to disobey what he says," Shivpal said.

Asked where he felt more comfortable -- running the government or in the organisation, Shivpal said he had vast experience and can run both.