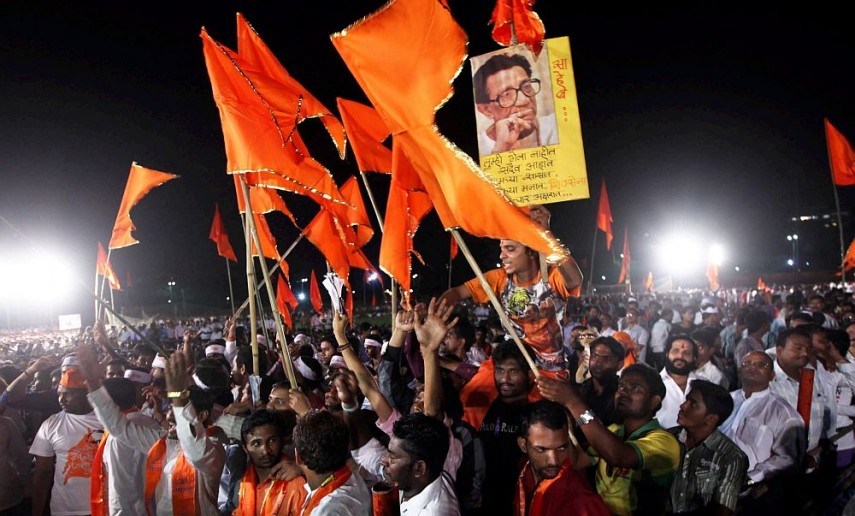 Taunting the Prime Minister on the birth anniversary of Bal Thackeray, ally Shiv Sena today said the late leader never boasted of a "56-inch chest" but the nation's enemies were scared by his very name and he stood by Narendra Modi when BJP had plans to remove him as the Gujarat chief minister after Godhra riots.

"After the Godhra riots, (former PM) Atal Bihari Vajpayee was about to oust Modi from Gujarat CM's post but it was Balasaheb who staunchly backed him then. It was very courageous of Balasaheb to support Modi at the time," an editorial in Sena mouthpiece 'Saamana' said.

"The (late) Sena supremo never revealed the size of his chest but Pakistan and enemies of the nation got jittery by the mention of his mere name. He was an invisible force that kept extremist forces at bay," Sena said on Thackeray's 91st birth anniversary.

The Sena also said the country is in a pitiable state now with the ruling dispensation refusing to speak about the problems being faced by people and only keeps making new announcements.

"The (late) Sena supremo was firm on his ideals. He did not believe in duping people in the name of democracy," it said.

Notably, Sena's sarcastic comment against Modi and the Centre came at a time when the possibility of a tie-up with BJP for the Mumbai city polls hit a virtual deadend.

Sena, despite being partner of BJP in Maharashtra and at the Centre, has been highly critical of the demonetisation decision, repeatedly attacking the government over the issue through its mouthpiece.

Continue FREE with Ads Pay Rs. 1 to Read Without Ads
READ MORE IN:
Bal Thackeray Narendra Modi National
Next Story : Donald Trump Misspells The Word 'Honoured' In One Of His First Tweets As The President
Download the Outlook ​Magazines App. Six magazines, wherever you go! Play Store and App Store