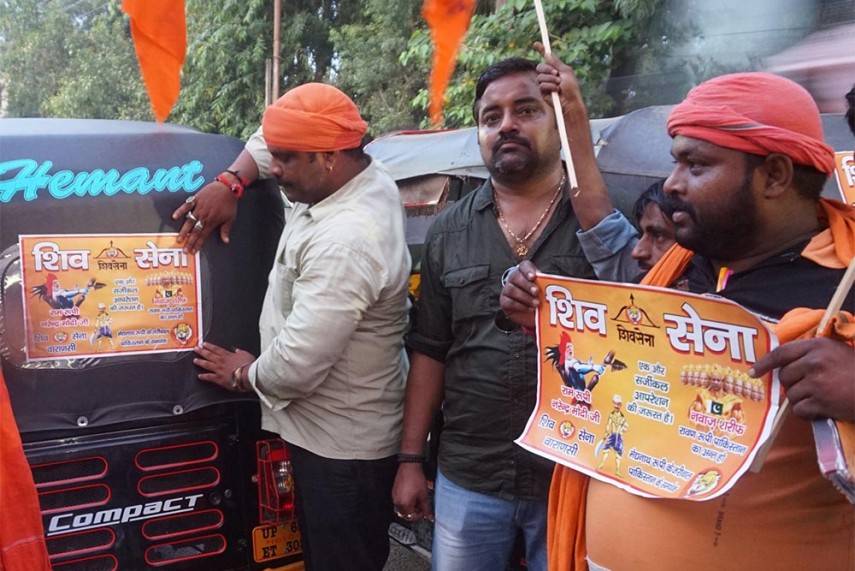 In a vitriolic attack on Prime Minister Narendra Modi over demonetisation, the Shiv Sena today said he had dropped a "nuclear bomb" on the country through the decision and turned the economy into "Hiroshima- Nagasaki", the Japanese cities devastated by the US during the World War II.

"Modi appears to be not in a mood to listen to anybody today... Deaf and dumb parrots have been installed in the council of ministers and a similar RBI Governor has been appointed, who have let the nation's economy shake in its roots," an editorial in Sena's mouthpiece 'Saamana' said.

The junior partner of the BJP compared the fallout of demonetisation on the country's economy to the US nuclear attack on Hiroshima and Nagasaki during World War II.

"Even ASSOCHAM has concluded that 40 lakh jobs have been lost post-demonetisation and that the number will rise in future. This means that by dropping the nuclear bomb of note ban, Modi has turned the Indian economy into Hiroshima, Nagasaki. We are very worried about the nation's future," it said.

Recalling Modi's statement during a recent visit to Maharashtra that he used to seek Sharad Pawar's advice on matters of governance, Sena said that had the PM consulted the NCP chief on demonetisation, he would have advised him not to insult the co-operative movement, which is the backbone of rural economy.

"The backbone of farmers has been broken and nobody is there to ask about their condition. By barring district co-operative (DCC) banks from exchanging old notes, all such banks have been labelled corrupt," the editorial said.

Farmers use DCC banks for their daily transactions and if the government thinks these farmers are black-marketers, it has no right to say 'Jai Jawan, Jai Kisan' slogan, the party said.

The Sena noted that beleaguered liquor baron Vijay Mallya, who allegedly owe banks crores of rupees, had never had his loans from DCC banks.

"We are pained to see that the paces of lives of people has been derailed," it added.

Continue FREE with Ads Pay Rs. 1 to Read Without Ads
READ MORE IN:
Narendra Modi National
Next Story : We Will Not Rest Until Given Reservation, Will Snatch It, Says Hardik Patel Back From Exile
Download the Outlook ​Magazines App. Six magazines, wherever you go! Play Store and App Store