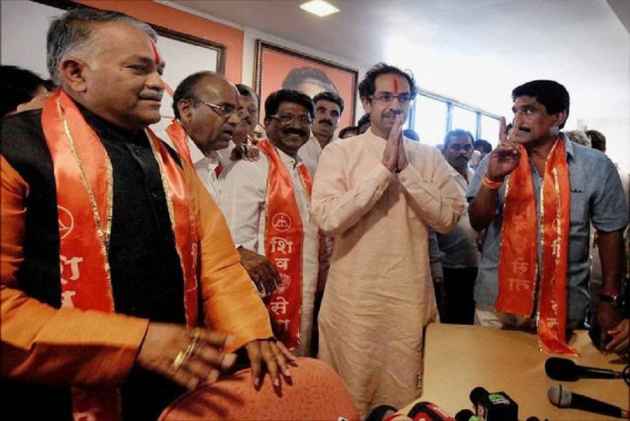 Print
A
A
A
increase text size
Outlook May 18, 2017 14:50 IST Shiv Sena Points Out Loopholes In NDA Govt's 3-Year Regime, Says It Was Riddled With Chaos, Confusion

Pointing out loopholes in the performance of the Narendra Modi-led NDA government, the Shiv Sena on Thursday said last three years have been riddled with chaos and confusion, and holding any celebrations would mean indifference towards anguish of people, farmer deaths and soldiers' sacrifice.

"People are in anguish, farmers are committing suicide and soldiers are sacrificing their lives. If somebody wants to celebrate (three years in power) even now, it would mean they are indifferent towards these issues," Shiv Sena said in an editorial in party mouthpiece 'Saamana'.

It said that crores would be spent from the government coffers on holding celebrations across the nation and called for an analysis on how much money has the present government spent on work and how much on advertisements.

"Thousands of crores have been spent on 'Swacch Bharat Abhiyan'. Has the nation become clean? A costly programme has been started to clean up Ganga river. Is Ganga becoming clean or are government coffers becoming empty?," it questioned.

The Uddhav Thackeray-led party said the NDA was voted to power based on its promises of ushering in 'Acche Din', bringing back black money and depositing Rs 15 lakh in every Indian citizen's account but nothing of that sort has happened yet.

"On the contrary, people were left stunned with the demonetisation move which made them overlook problems like corruption, black money and inflation," it said.

"They (the BJP) promised swift action against Pakistan after coming to power, but jawans are being killed and butchered every day, while the government keeps issuing warnings. Naxalites have created havoc," it said.

"Was Modi government voted to power to keep giving hollow warnings? Today, there is an atmosphere of utter chaos and confusion. Unemployment is growing and value of rupee is decreasing," the Sena said.

It said while the stock markets are soaring, farmers' lives have come crashing down, as they are forced to burn their tur dal and throw away their onion produce.

The Sena said it had also happily celebrated the victory of NDA three years ago, but today it is sad to see farmers, soldiers and people dying a painful death.