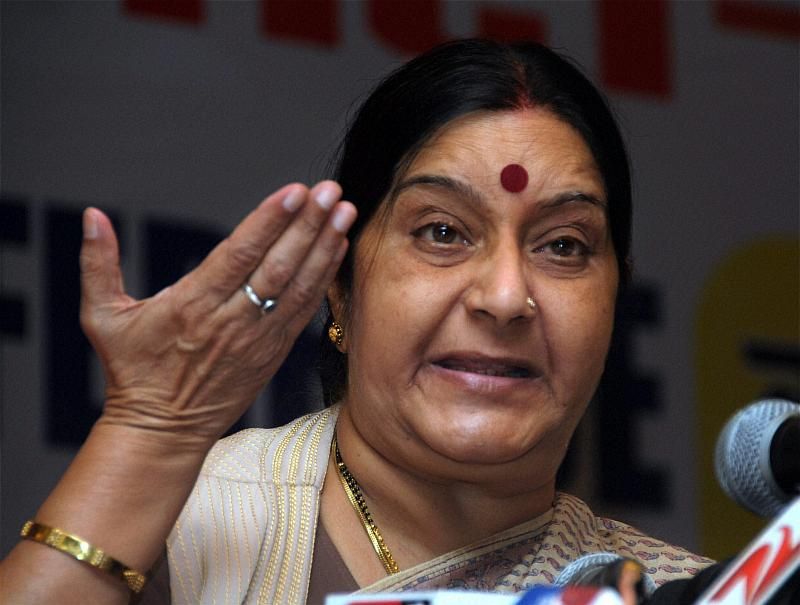 Sena had recently slammed Modi, the BJP?s Hindutva poster-boy, for allowing the Pakistan cricket team to play a match at Rajkot.

An editorial in the Sena mouthpiece 'Saamana' had said that while the Gujarat government had turned away a 22-member Pakistani delegation, which had come down to participate in the ?Vibrant Gujarat? summit, due to India's strained relations with that country, "a fortnight ago, the entire Pakistani cricket team was playing in Rajkot".

"If Modi government had sent the Pakistani cricketers back in a similar manner, there would have been another feather of patriotism in Gujarat?s cap. Maharashtra and Gujarat must join hands to fight the battle against the Pakistanis," said the editorial in the newspaper, which has Sena president Uddhav Thackeray as the editor.

Notwithstanding NDA ally JD(U)'s reservations over Modi as BJP's prime ministerial candidate, Yashwant Sinha had pitched for the Gujarat strongman, claiming it will have a huge electoral benefit.

Sinha had advised JD(U) not to target Modi and accept BJP's decision in "good grace" without picking and choosing who is secular and who is not.

"After careful thought, I have concluded that if BJP declares Modi as its PM candidate, then BJP will benefit hugely in the elections. It will have a big impact on voters. I have no doubt on this," Sinha had said, adding the party could bag "far more seats" than was being estimated.