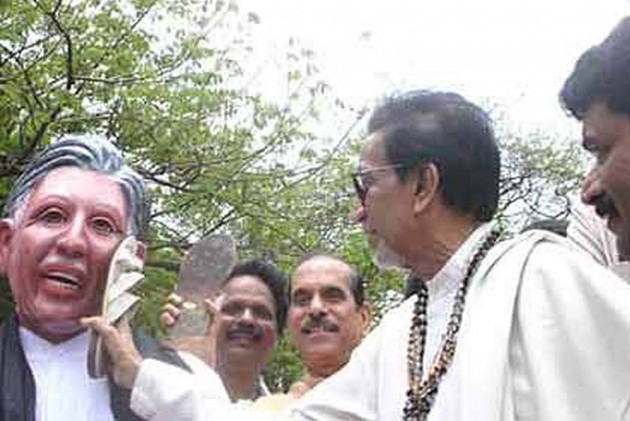 Shiv Sena today demanded that Veer Savarkar be given Bharat Ratna, contending that the icon of freedom struggle had been "deliberately neglected" by previous governments due to his staunch Hindutva views.

In a letter to Prime Minister Narendra Modi, party leader Sanjay Raut said it was high time the NDA Government honoured Savarkar with the highest civilian award so as to "rectify the mistakes" of earlier governments.

Raut, who is leader of Shiv Sena in Rajya Sabha, wants the function to award Bharat Ratna to the late leader also be held in Cellular jail of Andaman, where Savarkar spent prime of his life after being sentenced to life.

"Dear Prime Minister, Vinayak Damodar Savarkar's great work was deliberately ignored by earlier governments due to his support to the (idea of) Hindu Rashtra.

"Your government should rectify the mistake and honour Savarkar with the highest civilian award. Countrymen want the function to award him be held at the cellular jail premise. We are confident your government will respect emotions of countrymen by honouring Savarkar," Raut said.

Raut showered praises on the right-wing ideologue for his pro-Independence activities in the letter to Modi, whom the MP called an "ambassador of a culture which considers patriotism and Hindutva equal to nationality".

Earlier, controversy had erupted after previous NDA Government headed by Atal Bihari Vajpayee had installed his portrait in the Central Hall of Parliament with opposition parties boycotting the event to express their dissent over the decision.

Shiv Sena is the second major constituent of NDA.

Reacting to the Shiv Sena demand for Bharat Ratna for Veer Savarkar, Maharashtra Congress chief Ashok Chavan said the norm is that Bharat Ratna recipient is a non-controversial person.

"A person whose name is recommended for Bharat Ratna should not be controversial. Normally someone who is non-controversial and who has given some contribution to the secular country is preferred. I have nothing to say on what Raut has said. It is their government, they can recommend anything. But decisions should be taken in the country's interests," Chavan said.