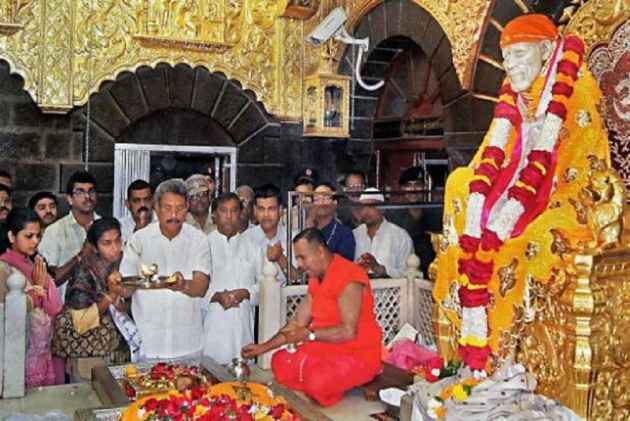 The Saibaba temple in Maharashtra received donations worth Rs 5.52 crore during the recent three-day 'Guru Poornima' festival, an increase of Rs 1.40 crore as compared to last year, an official has said.

Besides, the donation counters in the temple received Rs 1.40 crore cash for which receipt were issued.

In addition to this, the temple also received Rs 52.48 lakh through online donations, debit cards, cheques and demand drafts, the CEO said.

During the three-day festival which concluded on Monday, the devotees also donated 2.233 grams of gold items and eight kgs of silver ornaments, worth Rs 61.4 lakh.

Agrawal said the total donation worth Rs 5.52 crore this year was nearly Rs 1.40 crore more than that received during the festival in 2016.

Over three lakh devotees from different parts of the country and abroad visited the Saibaba temple during the Guru Poornima festival, she rpt she said.