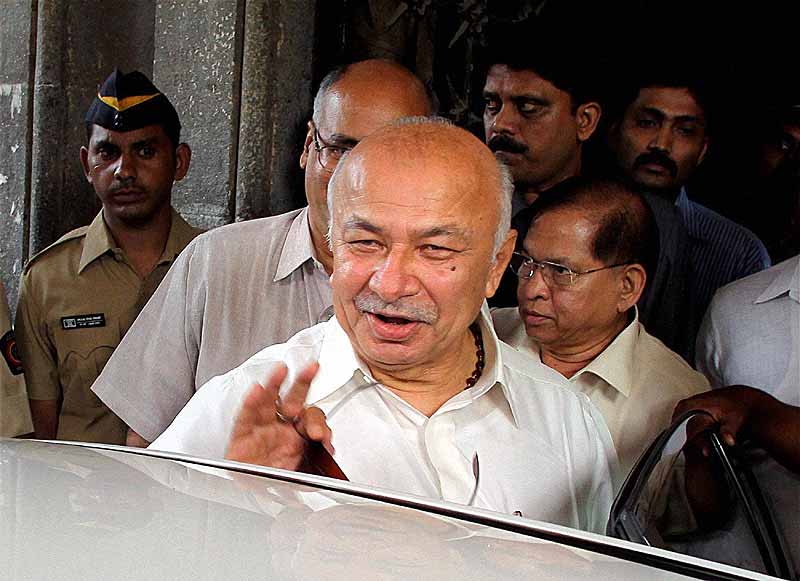 outlookindia.com
-0001-11-30T00:00:00+0553
Seeking to wash his hands off the Adarsh scam, Union Minister of power Sushil Kumar Shinde today told a judicial panel the decision to allot government land and grant of additional FSI to the housing society was taken during the tenure of Vilasrao Deshmukh as Chief Minister.

Both Shinde and Deshmukh had handled files pertaining to the controversial society during their stint as Maharashtra Chief Minister.

"The decision to allot the land in question to Adarsh society was taken prior to my taking over as Chief Minister. The Letter of Intent (LOI) was issued in favour of Adarsh on the morning of January 18, 2003 when Vilasrao Deshmukh was the Chief Minister. It was not issued under my instructions and it was never brought to my notice," Shinde said.

The 71-year-old union minister was deposing before a two-member inquiry commission set up by the state government to probe into the Adarsh scam. While the commission has already concluded that the land belonged to the state government and not the Ministry of Defence, it is now looking into whether any rules were flouted while granting various clearances to the society.

"The additional Floor Space Index to Adarsh from the adjoining BEST land was not granted during my tenure. It was granted after my tenure," Shinde, apparently putting the onus on Deshmukh had also succeeded him as Chief Minister.

Asked whether due verification about ownership, value of land and eligibility of members had been done before Letter of Allotment (LOA) was issued to the society on July 19, 2004, Shinde said, "I did not approve the Adarsh file immediately. Before issuing LOA, I sent it back to the Collector for verification of eligibility of the 51 members and asked the file to be put up before me after due verification."

He, however, claimed that while issuing the LOA, it was not brought to his notice by the concerned department as to who was in possession of the land in question.

"It is physically impossible for the CM to look into each and every file. There are secretaries to assist the CM who go through all the files," he said.

He further said once due inquiry is done by the secretary, the file is sent to the CM along with an "off the record" note from the secretary about the facts for final signature.

"Once a file is signed by the Chief Minister all administrative orders are later issued by the secretaries, principal secretaries and deputy secretaries. Even the terms and conditions of the LOI and LOA are usually decided at the departmental level. Only if there is anything specific it is brought to the notice of the CM," Shinde said.

Before the file regarding allotment of land comes to the CM, it has to first have concurrence from the revenue minister, finance minister and urban development minister, he said, adding "without their concurrence no files are approved".

Shinde further said former Congress MLC Kanhaiyalal Gidwani, one of the promoters of Adarsh society, used to meet him regularly regarding issuance of LOA.

The Minister, however, refused to answer when asked if it was proper on the part of the then collector Pradeep Vyas to have suppressed the fact that his wife Seema Vyas was also a member of the society.

The panel has completed Shinde's deposition. Union Minister Vilasrao Deshmukh will depose as a witness before it tomorrow and another former Chief Minister Ashok Chavan, an accused in the case, on June 30.

The scam pertains to alleged irregularities in granting various clearances in violation of environmental and other norms relating to construction and allotment of flats in the 32-storey building said to have been originally meant for families of Kargil heroes and war widows in upmarket Colaba in south Mumbai.

The MoD had ordered a CBI probe in the Adarsh scam on the recommendation of the army chief following a preliminary inquiry. Besides CBI, the Enforcement Directorate and Income Tax department are also probing the alleged irregularities.