Shatrughan Meets Nitish Kumar, Says He Is 'Guardian' of Bihar 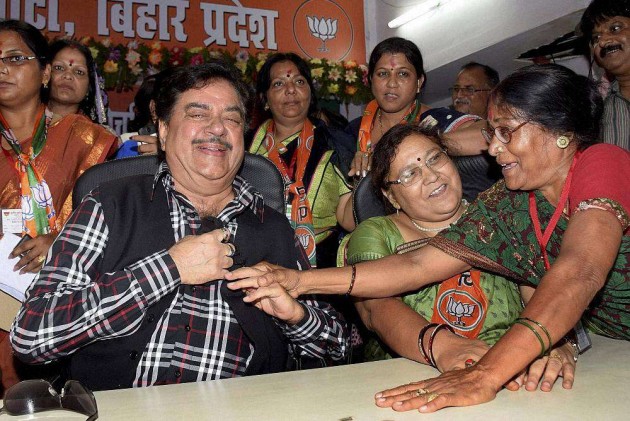 Print
A
A
A
increase text size
Outlook July 25, 2015 23:51 IST Shatrughan Meets Nitish Kumar, Says He Is 'Guardian' of Bihar

Shatrughan Sinha, MP and senior BJP leader, today met Bihar Chief Minister Nitish Kumar who he described as "guardian of the state", generating speculation in political circles which he downplayed.

The meeting between the veteran Bollywood actor and Kumar at the CM's residence took place not long after Prime Minister Narendra Modi's visit to the state.

"It was a courtesy call and I consider him as guardian of the state," Sinha told PTI.

The BJP MP said he had gone to discuss the development agenda with Kumar about the state in general and his constituency, Patna Sahib, in particular.

"No politics should be seen in the meeting. It is well known that we are old friends and respect each other. Even Prime Minister today said there should be no untouchability in politics," he said.

"If I go and meet Kumar over a cup of tea, no meaning should be attached to it," he said.

Asked whether his meeting with Kumar was an expression of his unhappiness with the party, Sinha said he was called for the first engagement of the Prime Minister in Patna today "which I attended dutifully and beautifully".

On why was missing at the PM's rally at Muzaffarpur, about 75 kms from Patna, he said, "I was not invited there and that is why I did not go".

Seeking to scotch reports that he was cut up with the party leadership for not getting his due as a senior leader, Singh said, "I am very much with the party and I can never think of doing things which can put the party in poor light".