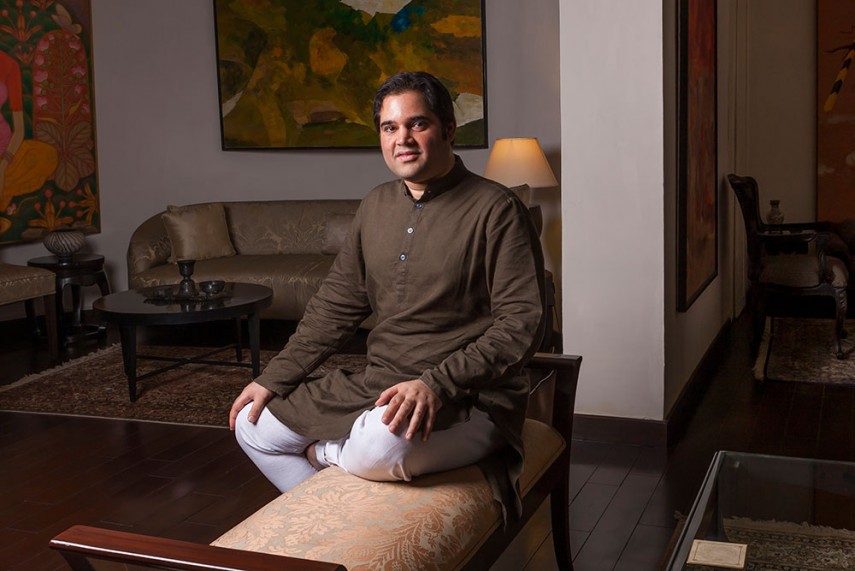 BJP MP Shatrughan Sinha today once again floated the name of Varun Gandhi as the party's face in Uttar Pradesh, where elections are scheduled for next year.

"It is my personal opinion and not that of the party. He (Varun Gandhi) is a young, good and committed party leader," he told reporters on the sidelines of a book launch here.

The Patna Saheb MP, however, said it would be the party's parliamentary board which would decide whether anyone has to be projected (as the CM face for UP polls).

"The Parliamentary board's decision would be final for me," he said when asked about his take on Varun's projection for UP Assembly polls.

Sinha, who has often supported the name of Varun Gandhi as the party's face in politically sensitive Uttar Pradesh, said he was not comparing him (Varun) with any other BJP leader as there were many other leaders in the party capable of holding the CM's post.

Sinha named Union Home Minister Rajnath Singh as equally capable of being projected as the face of party in UP.

"Rajnath Singh is my close friend. He has held evey important post. He is the man who worked as a party worker to become national president. Who else can be better than Rajnath Singh," Sinha asked.

He also named UP party chief Keshav Prasad Maurya and Gorakhpur MP Yogi Adityanath among several others who could steer the party in the state.

The BJP leader was speaking on the sidelines of a function organised for the release of a book titled 'Suicide? There is tomorrow' written by senior journalist Sanjay Kumar Sinha.

Asked if there should be a change in party leadership in Bihar in the wake of the severe drubbing in the recent state Assembly polls, he said cryptically, "So it is still being discussed (change in state party leadership)...The change has not taken place so far?"

Sinha who was reportedly sidelined in the state elections had made many statements which put the party in a tight spot.

"There should be a change in the state leadership for the betterment of the BJP," Sinha, who had on several occasions taken digs at top BJP leaders in Bihar including Sushil Kumar Modi, said.

On the promotion of Yoga by the Centre, the Patna Saheb MP was all praise for Prime Minister Narendra Modi, especially his efforts behind the declaration of 'International Yoga Day' on June 21 by the United Nations.

Sinha said Yoga was related with humanity and not with religion.

Asked about his chance of becoming a Union minister in an apparent reshuffle of the Union council of ministers, Sinha said, "Fakir hoon. Mujhe Kaun Puchhta hai. Unse sawal puchhen jo decision making me hain (I am a destitude. Who cares about me. Ask those who are into decision making)."

"Whatever work or assignment the party will give me, I will discharge it whole-heartedly. I have no demand, no command and lust for any post," Sinha, who was a Union minister in the NDA government led by Atal Bihari Vajpayee, said.