Shastri, Sehwag Among Six to Be Scrutinized for India's Head Coach Gig 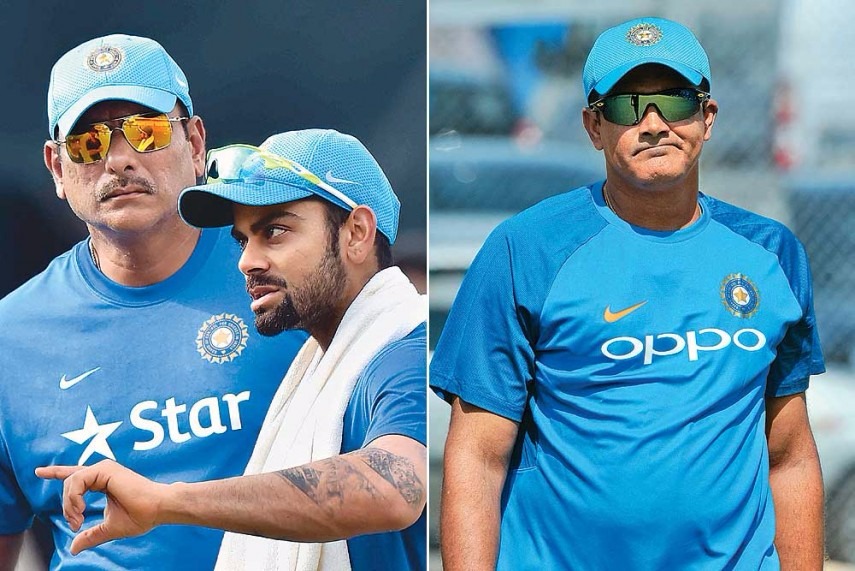 Print
A
A
A
increase text size
Outlook July 09, 2017 15:46 IST Shastri, Sehwag Among Six to Be Scrutinized for India's Head Coach Gig

Former Indian cricketer Ravi Shastri will be front-runner, when he along with five other shortlisted applicants are interviewed by the Cricket Advisory Committee (CAC) for the high-profile role of India's head coach post in Mumbai on Monday.

Out of these 10, six names are shortlisted for the interview tomorrow namely Sehwag, Pybus, Rajput, Shastri, Simmons and Moody, sources state.

Shastri had also applied for the job in 2016 but legendary leg-spinner Anil Kumble was chosen over him by Board of Control for Cricket in India's (BCCI) three-member Cricket Advisory Committee (CAC) comprising legendary cricketers Sourav Ganguly, Sachin Tendulkar and VVS Laxman

The head coach position has been vacant since Kumble's resignation following India's 180-run defeat against arch-rivals Pakistan in the Champions Trophy final at the Oval on June 18.

While announcing his resignation, Kumble informed that skipper Virat Kohli had reservations about his work 'style' and his extension as the head coach, which prompted him to resign.

The BCCI has already stated that Team India will get their new head coach before their tour to Sri Lanka beginning July 26. (ANI)

Continue FREE with Ads Pay Rs. 1 to Read Without Ads
READ MORE IN:
Ravi Shastri Virender Sehwag Sports
Next Story : Teenage Girl Gang-Raped in UP in Front of Her Father, Uncle
Download the Outlook ​Magazines App. Six magazines, wherever you go! Play Store and App Store