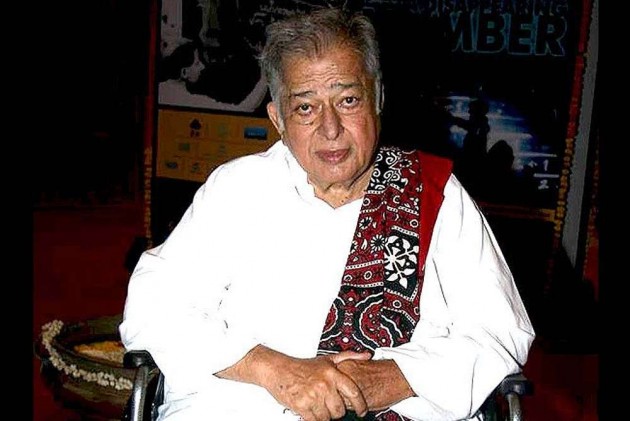 Actor-filmmaker Shashi Kapoor, who has starred in over 100 Hindi films and best known for his powerful portrayals in hits like Namak Halaal, Deewar and Kabhie Kabhie, was today chosen for the prestigious Dada Saheb Phalke award, the highest official recognition for film personalities in India.

The 77-year-old actor, who is wheelchair bound and has been ailing from kidney problems, is the third from his family to get the award, after father Prithvi Raj Kapoor and elder brother Raj Kapoor.

The award consists of a Swarn Kamal (Golden Lotus), a cash prize of Rs 10 lakhs and a shawl, an official announcement here said. The award is given on the basis of recommendations of a Committee of eminent persons set up by the Government for this purpose, the statement added.

A five member jury unanimously recommended the name of Kapoor, who has carved out an equally successful career in alternative international cinema and theatre, for the award.

He will be the 46th Dada Saheb Phalke Award winner.

Born in 1938, Kapoor hit the spotlight from the age of four acting in plays directed and produced by his father, while travelling with Prithvi Theatres. He started acting in films as a child in the late 1940s.

His best known performances as child artist were in Aag (1948) and Awaara (1951), where he played the younger version of the character played by Raj Kapoor. Shashi Kapoor also worked as assistant director in the 1950s.

Kapoor made his debut as a leading man in the 1961 film Dharmputra and went on to appear in more than 116 films during 60s, 70s and until the mid 80s.

One of India's first actors to go international, Kapoor starred in many British and American films, notably Merchant Ivory Productions run by Ismail Merchant and James Ivory, such as The Householder (1963), Shakespeare Wallah (1965), Bombay Talkie (1970) and Heat and Dust (1982).

He has also starred in other British and American films such as Siddhartha (1972) and Muhafiz (1994), the official statement said.

Kapoor had a hit pairing with Nanda, with whom he starred in eight romantic films including Jab Jab Phool Khilen, Neend Hamari Khwab Tumhare and Char Diwari with many memorable songs composed by R D Burman and crooned by Mohammad Rafi.

He also produced and directed a fantasy film titled "Ajooba" which had Amitabh Bachchan and Rishi Kapoor in the lead role.

Kapoor is instrumental in reviving the Prithvi theatre group. He was married to British actress Jennifer Kendal, with whom he co-starred in films like Bombay Talkies and Junoon. They have three children - Kunal, Karan and Sanjana Kapoor.

Kapoor was honoured with Padma Bhushan in 2011.

In and out of hospital in recent years, Kapoor was last year in September admitted for chest infection. Earlier, he had undergone bypass and cataract surgery. He was also on dialysis.

Minister for Information and Broadcasting, Arun Jaitley has conveyed his congratulations on the occasion.