Shashi Kapoor Honoured With Retrospective at 2015 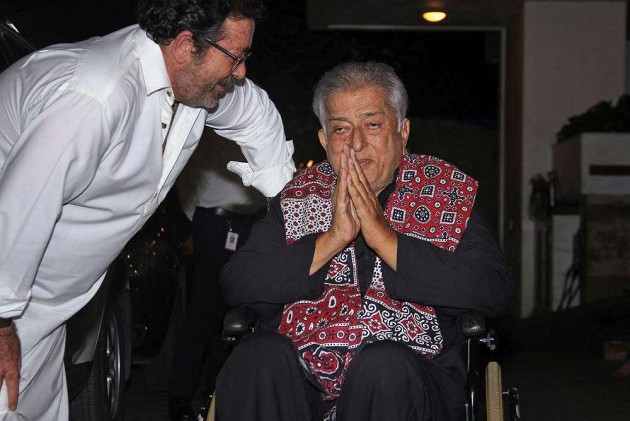 Veteran actor Shashi Kapoor is being honoured with a retrospective at this year's International Film Festival of India (IFFI), where some of his biggest titles like Deewar, Junoon, In Custody, Shakespearwallah and Householder will be screened for cinema lovers.

The IFFI retrospective follows this year's Dadasaheb Phalke award for the actor.

His son Kunal, although, happy with the recognition that is being accorded to his father, believes the accolades came a little late for the actor.

"I am quite thrilled. I just wish they had given him all these awards and retrospectives when he was in a healthy state. He would have been able to enjoy it then," Kunal told PTI.

When asked what was Kapoor's response to the award, Kunal said his father does not take these things seriously.

"He just smiled. He has always been like that when it comes to awards. He never takes these things to heart."

"He devoted his entire life to theatre and cinema. He started off with his father in Prithvi Theatre. He cut his teeth in theatre by doing all kinds of work not just acting with his father's troupe," Benegal said.

Kapoor grew up in the atmosphere of theatre, thanks to his father Prithviraj Kapoor and later father-in-law Geoffrey Kendal's theatre company, Shakespeareana, was a major influence.

The National award-winning director said Kapoor's love for the theatre was the reason for the actor to get involved in alternative cinema even after he became a successful commercial star.

"He grew up in the atmosphere of theatre. He soon became a film star as all the Kapoor children did at that time. Then he became a romantic hero, hugely successful. As he became more successful he decided that he would invest in both theatre and cinema and he built Prithvi Theatre in memory of his father's group," Benegal said.

Kapoor's production list may not be as lengthy as his acting assignments, but Benegal feels the actor's greatest achievement was that he did what he believed in and backed projects like Govind Nihalani's Vijeta, Girish Karnad's Utsav and 36 Chowringhee Lane by Aparna Sen.

"No single producer has produced such high quality films one after the other. Most of the films failed to return the investment. He lost a lot of money eventually but he did the kind of films he wanted to do. He did what he believed in. His greatest achievement has been that."

The 'Retrospective Section' will open with Benegal's Junoon next month in Goa during the 46th edition of IFFI.