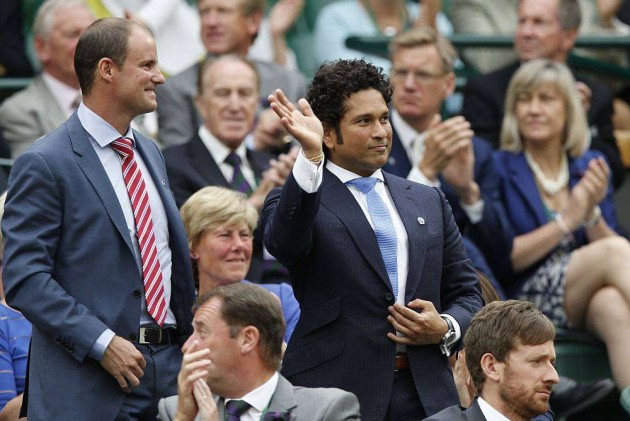 Sachin Tendulkar today said that he didn't find it disrespectful that Russian tennis star Maria Sharapova didn't know who he was as she did not follow cricket.

"Sharapova's comments were not disrespectful. She doesn't follow cricket," a gentleman-like Sachin said in an exclusive interview to NDTV.

Tendulkar fans reacted angrily on social media when Sharapova admitted during a post match press conference at the Wimbledon that she did not know who was Sachin Tendulkar. Tendulkar was in the Royal Box during the Championship alongside former England cricket captain Andrew Strauss.

"Sachin Tendulkar was the other person who came in at the same time as David (Beckham). Do you know who Sachin is?" The reigning French Open champion flatly had replied: "I don't."

Tendulkar is a regular visitor at the Royal Box during Wimbledon and a couple of seasons back Swiss ace Roger Federer had posted a pic of himself with the Indian superstar on his twitter account.