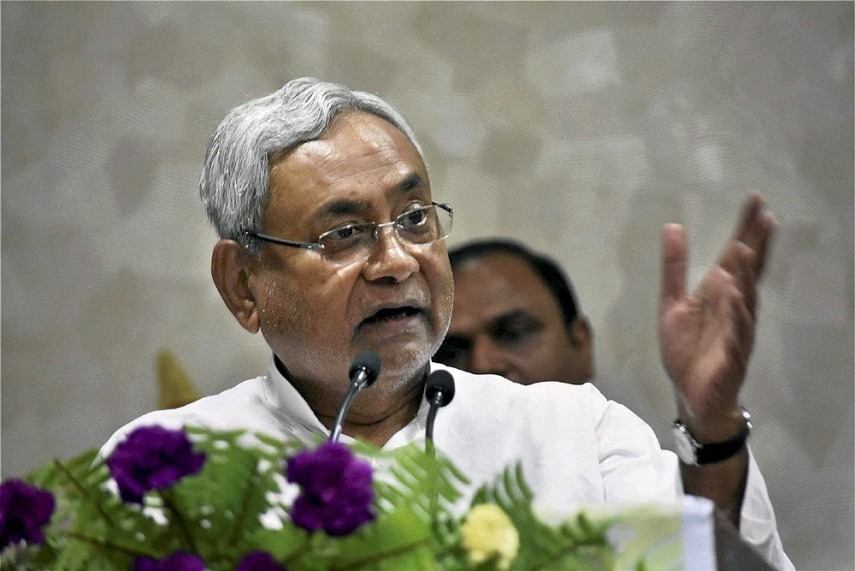 Bihar Chief Minister Nitish Kumar on Friday said that former JD(U) leader Sharad Yadav has every right to take his own decision as to where his loyalties lie, adding the decision to form an alliance with the Bharatiya Janata Party (BJP) was made with the consent of the entire party.

"Sharad Yadav is free to take his own decision. As far as party is concerned, the party has taken its decision. The decision taken is not based on my will only, it had been made with the consent of the entire party. I have made it clear earlier also, but if still he wants to put forward his opinion then he is free to do so," Kumar told media here.

Yadav has rebelled against party president and Bihar Chief Minister Nitish Kumar for breaking away from the grand alliance to join hands with the BJP last month.

Also, with Sonia Gandhi inviting Sharad Yadav in the Opposition meeting today, the party has come down heavily on the Congress President saying she is trying to create a rift within the Nitish Kumar-led party.

Speaking to ANI, JD (U) general secretary K C Tyagi said, "Calling our party members in meeting of Opposition leaders reveals Sonia Gandhi's wrong intentions. We already have broken our ties with UPA and Mahagathbandhan. By calling us she wants to create a rift between party members."

Controversy broke out after Sharad Yadav on Thursday declared in Patna that he was still with the Grand Alliance of the RJD and Congress.

This came after Nitish severed ties last month with the Grand Alliance of  RJD and Congress, to form a government in Bihar with the Bharatiya Janata Party (BJP).

Another wagon was added in the midst of Bihar's ongoing "battle", when Yadav announced that he would kickstart a three-day Jan Samvad Yatra to discuss the repercussions of the withdrawal of the grand alliance in the state, adding that the 'faith' of 11 crore people of Bihar was 'broken'.

Addressing the media, Yadav said that people, who established the mandate were hurt because of the whole situation.

"I have been conducting rallies for 40 years. Even during the elections, we stayed in Bihar, did their publicity and stood with the mandate," Yadav said.

The senior party leader further said that the mandate was supposed to be for five years, which didn't happen and they are disappointed.

"One manifesto was ours and one manifesto was that of the Bharatiya Janta Party (BJP). In the 70 years of history, I cannot find an example where two opposition parties have a common manifesto," he said.

Yadav further said that these are "troubled" times for democracy in Bihar.

"I would just like to say that I still stand with the mandate and am going to meet a few friends from the Janata Dal," he added.

Yadav will visit nearly eight to ten constituencies of Bihar from August 10 to 12 and will hold discussions.

Day one of the tour will see Yadav covering Patna-Sonpur-Muzaffarpur, while on day two he will be visiting Muzaffarpur-Darbhanga-Madhubani. (ANI)