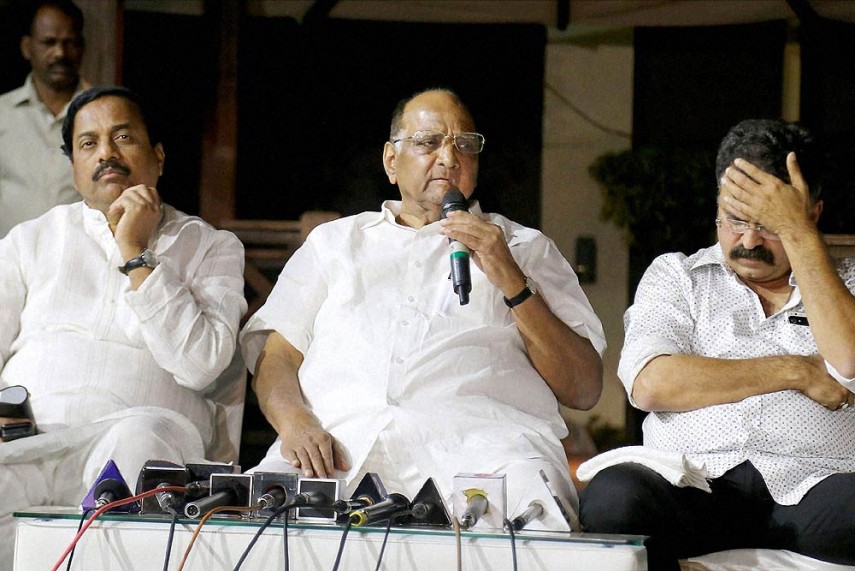 "I dedicate this award to #farmers whose relentless toil made this nation self-reliant in #food #production," Pawar, who served as Union Agriculture Minister from 2004 to 2014, tweeted after his name was announced for this year's Padma awards.

"Thank you very much for conferring me with the 'Padma Vibhushan' award...I #salute my #voters who consistently and continuously showed #faith in me for 50 years," the Maratha leader said in another tweet.

Pawar, who turned 76 last December, would be completing 50 years in politics next month. His party NCP has planned a string of events across Maharashtra and other parts of the country to celebrate his eventful career which saw his rise from the grassroots to prominent state and national slots.

"Thanks to people of Latur/Osmanabad and Mumbai who showed indomitable spirit during distress...And also to the administrative machinery for their untiring efforts in bringing normalcy at all the locations," Pawar posted on Twitter.

"This Padma Vibhushan is a recognition to your contribution in parliamentary democracy since last 50 years. #PeoplesPadma," the Chief Minister said in another tweet.