Shamshan Won Against Kabrastan in UP: Owaisi on BJP Victory 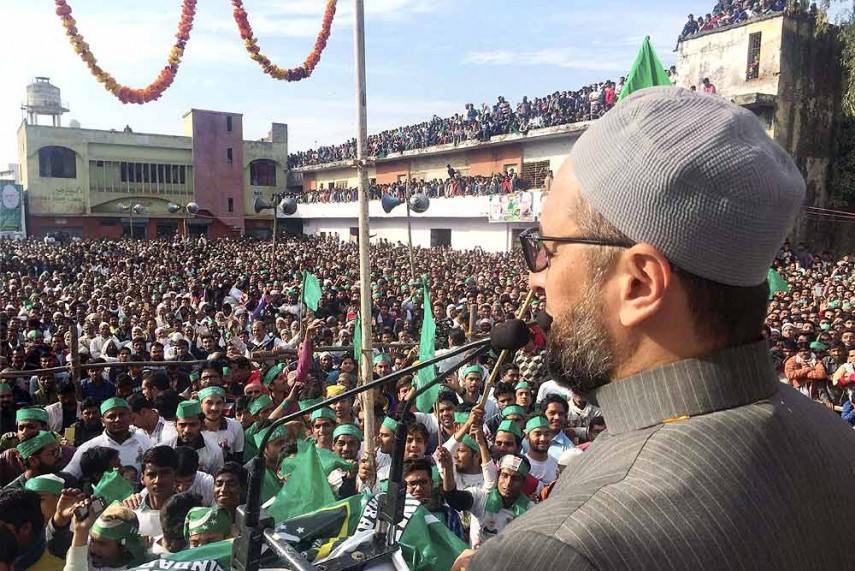 Print
A
A
A
increase text size
Outlook March 17, 2017 19:26 IST Shamshan Won Against Kabrastan in UP: Owaisi on BJP Victory

"The classic example is (Prime Minister) Narendra Modi's reference to freedom from slavery of thousand years, where he was referring to the cultural nationalism.

"And now, one party is trying to impose its ideology and thoughts on minorities. The BJP's victory in UP is 'shamshan (crematorium) winning against kabrastan (graveyard)," the Hyderabad MP said at the India Today conclave here.

During a poll rally in Uttar Pradesh, Modi had stressed that there should be no discrimination on the basis of caste and religion. "If there is electricity in kabrastan and during Ramzan, it must also be available in a samshan and during Diwali," Modi had said.

In the bitterly-fought election, the BJP secured a landslide mandate, winning 312 out of 403 seats in the northern state.

Owaisi observed that days of the dynastic politics are certainly over now.

"One has to be an effective communicator to reach out to people. And you do not have to be a junior Modi to defeat Narendra Modi," he said.

Jammu and Kashmir Minister for Social Welfare Sajjad Lone and the BJP vice-president Vinay Sahasrabuddhe were other participants in the session on topic "A million mutinies, What makes an Indian?"

Sahasrabuddhe said, "Voters in Uttar Pradesh have overwhelmingly voted for the BJP. We have broken the vote bank politics. There was a major backlog of development in UP which BJP has addressed to and secured votes."

Countering him, Owaisi asked why a single candidate of BJP could not win in the Valley.

"If the BJP was addressing a constituency of development, then why a single Muslim woman candidate was not fielded? BJP has not even given ticket to any Muslim candidates (in UP elections)," the AIMIM chief said.

However, Sahasrabuddhe said that besides all forms of democracy, the BJP also believe in "spiritual democracy where all beliefs are respected and accepted."

He said it was "highly impossible" to impose one thought on another community.