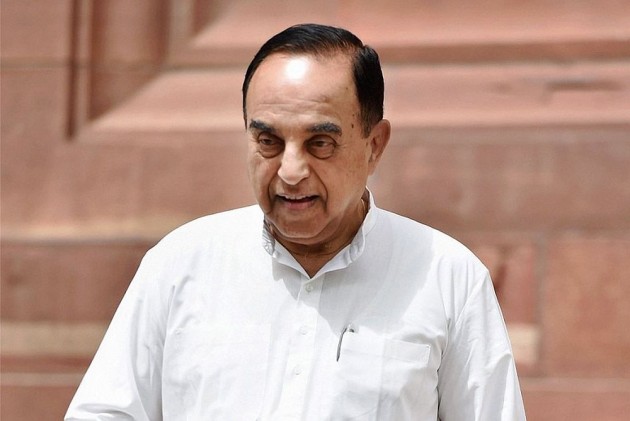 "How can one expect a shameless person like him (Kejriwal) to resign? I have been aksing for his resignation since the beginning. I used to call him Shri 420. I know him since he was a part of Anna Hazare's campaign and everyone is aware that he is more inclined towards communism," Swamy told ANI.

"Hence, one cannot expect him to step down under moral responsibility, until he is given a clean chit. I think the CBI should take suo motu action," he added.

Earlier Delhi BJP president Manoj Tiwary demanded Kejriwal's resignation while saying that he neither had moral nor legal right to continue as the chief minister.

"Kapil Mishra has exposed Arvind Kejriwal. Kejriwal doesn't have the moral and the legal right to continue as the chief minister of Delhi. He must resign immediately. Kejrwal has left behind even Lalu Prasad in terms of corruption," Tiwari added.

A day after he was ousted from Delhi Cabinet, Mishra made a shocking revelation and alleged that he saw Cabinet Minister Satyendra Jain give Rs. 2 crore to Kejriwal.

"Day before yesterday, I saw Satyendra Jain giving Rs. 2 crore to Arvind Kejriwal and I wasn't able to sleep the entire night," he said in a press briefing after meeting Lieutenant Governor Anil Baijal.

Mishra also claimed that he urged the Chief Minister to disclose the source of money.

"There are several allegations on money laundering and black money against Satyendra Jain which are known to all. It is known to all that before holding the post of Delhi Cabinet Minister and after taking the oath, he gave a prominent position to his daughter and other relatives," he said.

Mishra had also said that he may have been axed for saying he would submit the names of those people involved in the tanker scam to the Anti Corruption Bureau (ACB).

"It has nothing to do with the MCD polls, and till now, I have not received any official confirmation so far. But I met Arvind Kejriwal this morning, and I said that it has been a year since the report on the tanker scam was tabled and no action has been taken," Mishra told ANI. (ANI)