Shahabuddin Takes Selfie From Siwan Jail, Authorities Say 'Well-Wisher' Could Have Clicked It 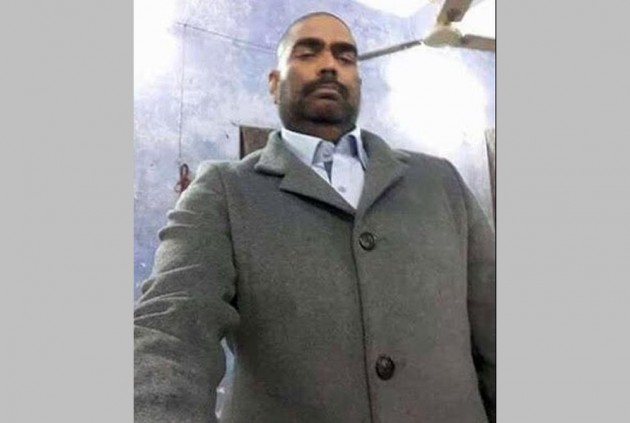 Print
A
A
A
increase text size
Outlook January 08, 2017 10:54 IST Shahabuddin Takes Selfie From Siwan Jail, Authorities Say 'Well-Wisher' Could Have Clicked It

Jailed RJD leader Mohammad Shahabuddin has created yet another controversy with his purported selfie showing his changed look inside Siwan prison going viral on the social media.

In the wake of the controversy, the Siwan district administration has conducted raids inside the jail.

He, however, did not divulge if anything was seized from the cell of the controversial RJD leader.

Siwan jail officials denied that a selfie was clicked by Shahabuddin and said some "well-wisher" who might have come to meet him could have taken the photo and posted it on the social media.

Shahabuddin, a four-time RJD MP from Siwan, is currently lodged in Siwan jail after the Supreme Court cancelled his bail granted by the Patna High Court in connection with the killing of the prime witness in the murder of two brothers by pouring acid on them.

Notorious and known for muscle-flexing, Shahabuddin is facing over 36 cases, including of murder and kidnapping.

Meanwhile, RJD spokesman Ashok Sinha told PTI that he could not confirm the veracity of the information.

"The Grand Alliance government in Bihar, in which the RJD is a major constituent, does not compromise on any law-and-order issue," he claimed.