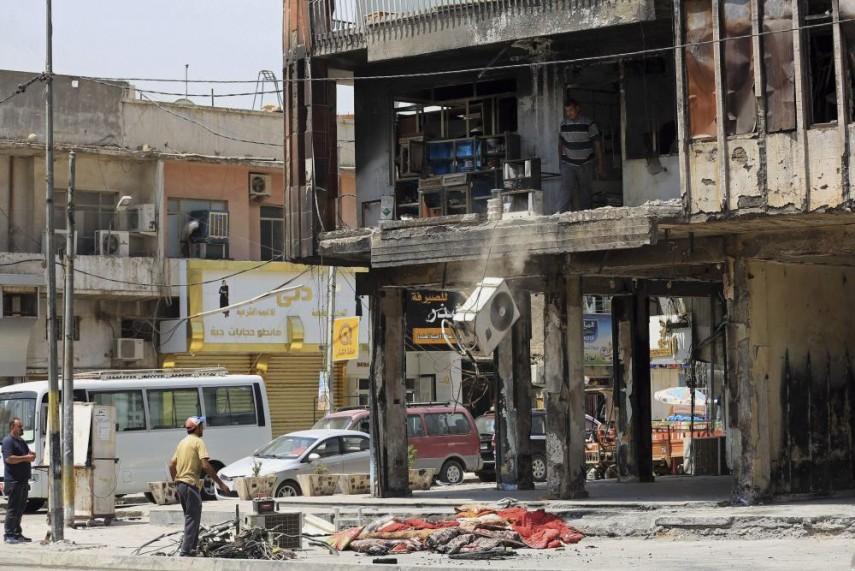 A wave of attacks in and around Baghdad today killed at least 23 people, the latest in a series of assaults blamed on the Islamic State group.

A suicide car bomb ripped through a wholesale market in the sprawling Shiite neighborhood of Sadr City, killing at least seven people and wounding 15, said Brig General Saad Maan, the Interior Ministry spokesman. He said a member of the security forces spotted the bomber and opened fire but was unable to prevent the attack.

A policeman and two medical officials gave a higher toll, saying 16 people were killed in the attack and another 47 wounded.

At a hospital where victims of the attack had been taken, a body exploded inside a morgue refrigerator. The medics said it appeared to have been a second attacker who was killed by shrapnel from the first explosion.

IS claimed the attack, saying it was targeting Shiites. The Sunni extremist group views Iraq's Shiite majority as apostates deserving of death.

Elsewhere in the city, a suicide bomber killed nine shoppers and wounded 16 others at a fruit and vegetable market in a mainly Shiite neighborhood. Three additional bombings in and around the capital killed seven people and wounded 24 others.

Police and medical officials confirmed the casualty figures. All officials spoke on condition of anonymity as they were not authorised to release information.

The Islamic State group has carried out a string of bombings in Baghdad over the past week, killing dozens of people. A suicide bomber struck Sadr City last week, killing more than 40 people.

The latest attacks come as Iraqi forces are trying to drive IS militants from the northern city of Mosul in a massive operation launched in mid-October. In recent days, troops have pushed closer to the Tigris River, which splits the city in half.

Mosul, Iraq's second largest city, fell to IS in the summer of 2014, when the militants swept over much of northern and western Iraq.