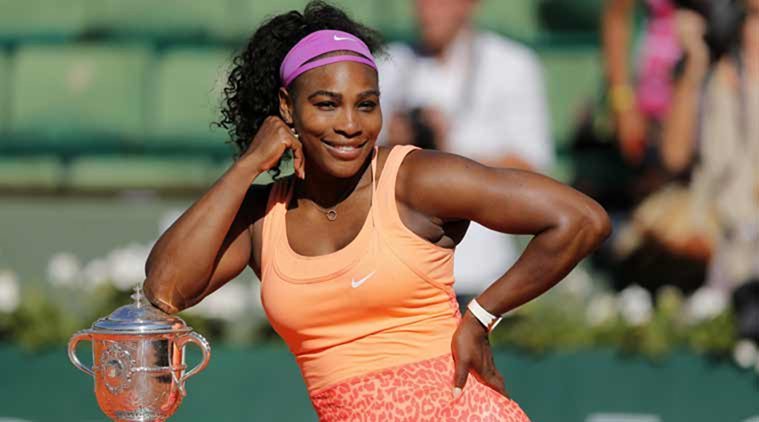 With today's triumph, the 35-year-old younger Williams will also get back to numero uno position when the WTA publishes its latest rankings on Monday.

Inarguably, one of the greatest exponents that the game of tennis has ever seen, Serena's seventh Australian Open title was a bit of an anti-climax as the quality of tennis was bereft of the top billing of a marquee clash.

In what turned out to be a baseline slugfest between the two sisters, Serena walked away with the coveted title by winning the big points and making less mistakes.

In the end, Venus' backhand lob went wide and Serena seemed more relieved than elated as her elder sister crossed the sides to give her a tight hug.

For 36-year-old Venus, a sentimental favourite after making it to the finals beating some of the opponents half her age, the summit clash was a big letdown with the number of unforced errors that marred her game.

Especially her cross-court shots -- both backhand and forehand couldn't come through, making it easier for Serena to come back hard at her. Either she hit the net or the shots went wide.

Venus showed glimpses of her old self in the third game of the second set, when she was down 0-40 on her serve. But the six-time Grand Slam singles champion reeled off five straight points to make it 2-1.

The most important game turned out to be the seventh game of the second set when Serena broke Venus' serve. The standout shot was a thundering backhand down the line and the break happened when the champion hit a double handed backhand cross the court to make it 4-3 and then closed the match in the 10th game.

"I just kept praying and praying and I am here. I love you (Venus), thank you. I take this moment to congratulate Venus, she is an amazing person. There is no way I would be at 23 without her. She is my inspiration, the only reason why I am standing here. Thank you for inspiring me to be the best player. She has been such a great champion," Serena said after the match.

The bonding of sisters is a part of the tennis folklore and no wonder Venus was equally graceful in defeat terming it as "her victory".

"Congratulations on number 23. I have been right there with you. All the time, I couldn't be there, wouldn't be there or couldn't get there, You were there. Your win has always been my win. I am enormously proud of you. I love you sister," said Venus.

At the onset, both sisters looked sluggish and the first four service games were broken.

Call it nerves of meeting each other in a Grand Slam final after a long time, both Serena and Venus traded multiple breaks during the first set.

The unforced errors were aplenty and the sluggishness in their serves, especially Serena's was there to be seen.

It was only in the fifth game that Venus became the first one to hold on to her service game.

But her joy was shortlived as she lost her serve once again in the seventh game with Serena inching ahead at 4-3.

It was the eighth game that brought out the champion in Serena as her lethal forehand cross-court gave her a decisive 5-3 lead.

Without further hiccups, she was able to hold onto her service in the 10th game with a perfect ace down the 'T' to wrap up the first set 6-4.