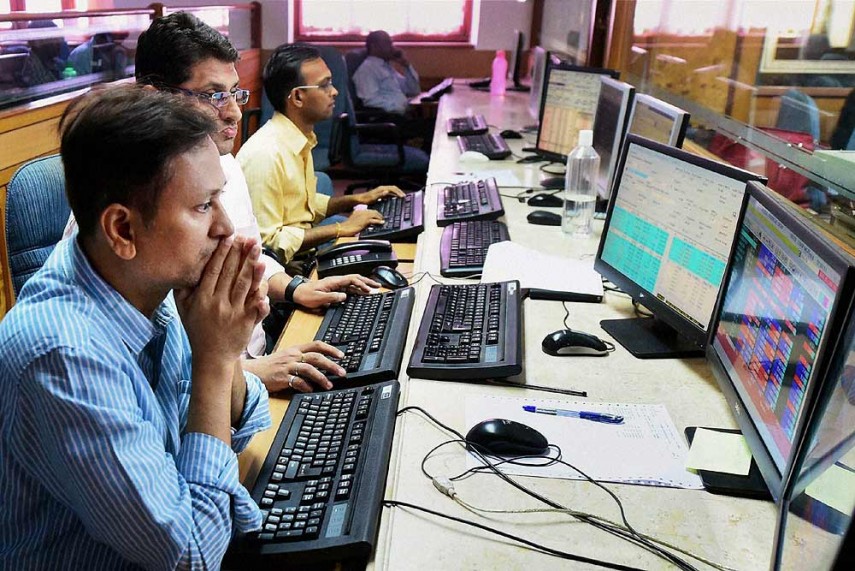 In its biggest single-day fall in over three months, the BSE Sensex today plunged by 318 points to close at a nearly two-week low of 29,167.68 as investors cut down exposure amid weak global cues.

Consumer durables, auto, FMCG, metal and banking stocks fell the most, while a depreciating rupee against the US dollar also weighed on sentiments.

The NSE Nifty also slipped below the 9,100-mark, as the markets remained on a downward path for the third day.

Brokers said that the mood was downcast after reports suggested India's GDP may grow at a slower rate of 6.7 per cent in the current quarter, while cues were negative from the global markets where investors remained cautious following the news of North Korea failing a nuclear test and developments on the US President Donald Trump's tax cut probability.

Global brokerage house Nomura said the overall economic activity is yet to bounce back to the levels seen prior to demonetisation.

Markets worldwide have been under pressure on concerns about Donald Trump's ability to deliver his key economy-boosting policies, brokers said.

Mid-cap and small-cap indices fell 0.95 per cent and 0.90 per cent, respectively, on sustained selling pressure from retail investors.

Other major losers included Tata Motors, ITC, ICICI Bank and Bajaj Auto, all of which dropped more than 2 per cent. Besides, M&M, SBI L&T and Maruti Suzuki also lost value.

However, Lupin, Wipro, Cipla, Sun Pharma, Dr Reddy's and Hindustan Unilver ended in the green and cushioned the overall fall of the Sensex.

Metal shares lost momentum due to fall in commodity prices globally. JSW Steel, SAIL, Hindalco, Tata Steel, Jindal Steel and Vedanta were down up to 2.86 per cent.

Foreign portfolio investors (FPIs) are believed to have sold heavily today. They had bought shares worth a net Rs 1,662.72 crore yesterday, as per the provisional data.

Globally, Asian stocks posted their biggest drop in two weeks tracking overnight losses on the Wall Street. Japanese stocks led the decline by diving 2.13 per cent. Key indices in China, Hong Kong and Singapore dropped by up to 1.18 per cent.

Continue FREE with Ads Pay Rs. 1 to Read Without Ads
READ MORE IN:
Business
Next Story : Feminism Makes Censor Board Uncomfortable, Says Director Of 'Lipstick Under My Burkha' That Was Denied Certification
Download the Outlook ​Magazines App. Six magazines, wherever you go! Play Store and App Store