Sensex Makes a Shaky Start As Oil Heads Down 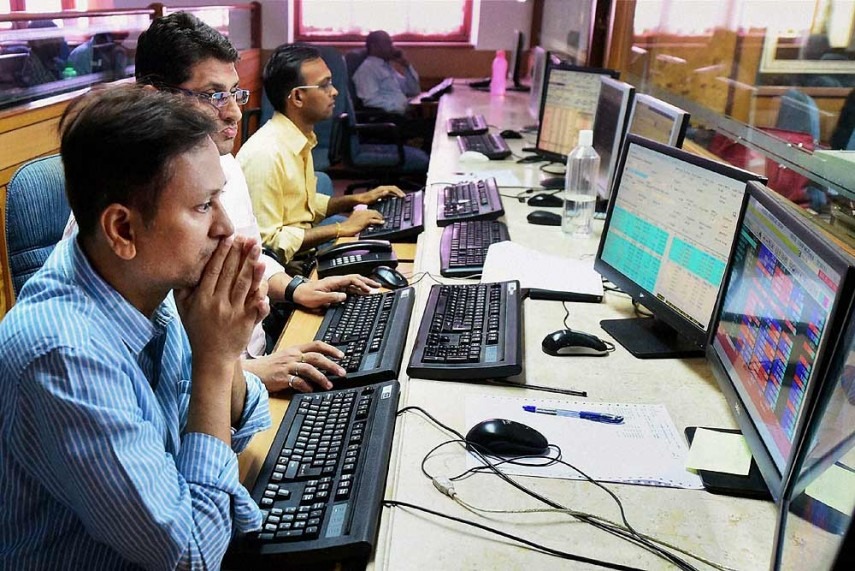 The Sensex took off on a bumpy note -- in step with Asia -- by stumbling 63 points today as oil prices took a big beating on concerns of oversupply.

A low-lying rupee against the dollar proved to be a drag.

The gauge had lost 14.04 points in the previous session.

The benchmark Brent hit a fresh seven-month low of USD 45.85 a barrel -- a level not seen since November 18 last year.

Investors started cutting down their bets amid continued capital outflows by foreign funds and a weak trend in Asian markets.

Laggards were ONGC, Lupin, PowerGrid, Cipla, Tata Motors and HDFC Ltd, falling by up to 1.48 per cent.

Globally, Hong Kong's Hang Seng was down 0.48 per cent while Japan's Nikkei shed 0.23 per cent in early trade.

The Shanghai Composite index, however, was up 0.14 per cent after US-based index compiler MSCI agreed to include mainland-listed shares in its benchmark of emerging markets.