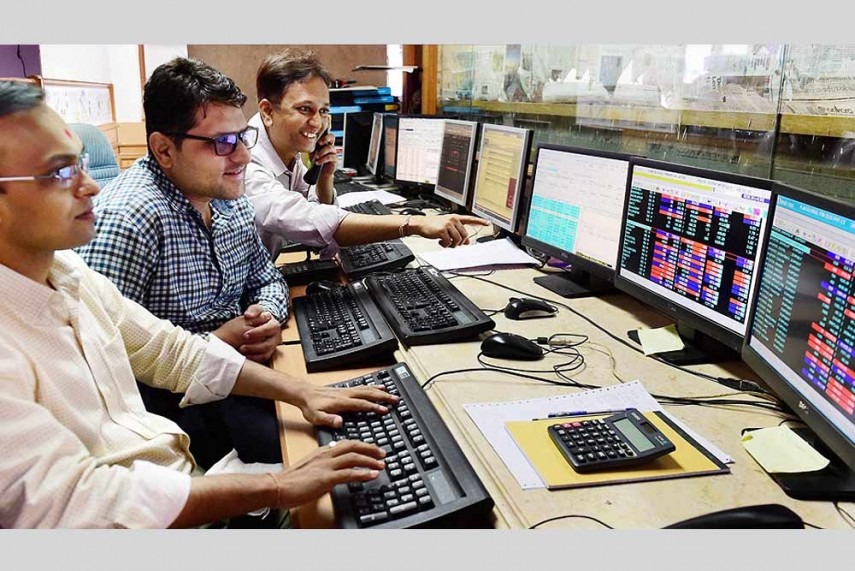 The benchmark BSE Sensex rallied over 227 points in early trade today on buying in FMCG, banking and IT stocks by investors enthused by global rally in stock markets.

All sectoral indices led by FMCG, realty, capital goods, metal and auto were in the green, rising up to 1.76 per cent.

Trading sentiment got a boost after the defence ministry last week broadly finalised a policy under which select private firms will be roped in to build military platforms like submarines and fighter jets in India in partnership with foreign entities.

Adani Ports rose by 1.75 per cent and TCS by 1.5 per cent. Tata Motors and Bharti Airtel rose by around 1 per cent in early trade.

ICICI Bank, Infosys and Reliance Industries were also trading with gains of up to 1 per cent.

Among other stocks, BEL and BHEL too were up by 2.12 per cent. Reliance Defence and Engineering was up 2.28 per cent.

State Bank of India, which posted two-fold jump in net profit for the last quarter of FY2016-17, was trading down by over 1 per cent due to profit booking by investors after a recent rally in the stock.

Losses of up to 1 per cent in Sun Pharma, HDFC, Asian Paints and Gail capped the gains of the benchmark Sensex.

Firming trend at other Asian markets cheered by the weekend rally at the Wall Street mainly accelerated buying activity on the domestic bourses, brokers said.

In other Asian markets, Hong Kong's Hang Seng was up 0.75 per cent, while Japan's Nikkei rose 0.30 per cent. Shanghai Composite Index, however, was marginally down by 0.11 per cent.

The US Dow Jones Industrial Average ended 0.69 per cent higher on Friday.