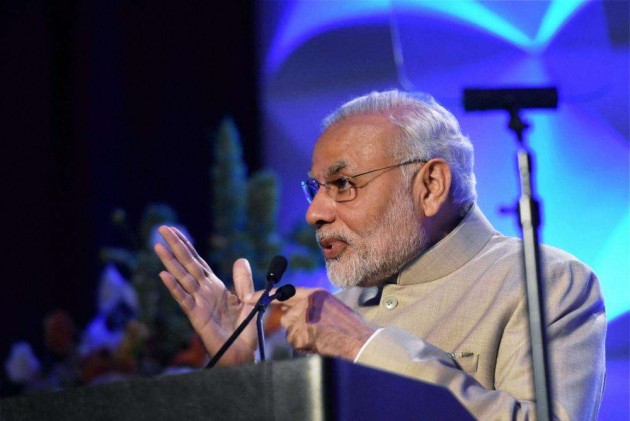 Print
A
A
A
increase text size
Outlook October 14, 2015 15:42 IST Sena Invokes Modi's Past After He Expresses His Views on Ghulam Ali Event Cancel

Prime Minister Narendra Modi's description of Dadri lynching and opposition to Ghulam Ali's concert in Mumbai as "unfortunate" today led ally Shiv Sena to rake up his past when he was Chief Minister during the 2002 Gujarat riots and Congress to allege he suffered from "selective amnesia."

As the unease between Maharashtra's ruling allies BJP and Shiv Sena grew, Sena MP Sanjay Raut made a controversial reference to the post-Godhra riots, saying Modi "is known and respected due to Godhra and Ahmedabad."

"If the Prime Minister has made such a statement (on Ghulam Ali), it is unfortunate," Raut said.

"The world knows Narendra Modi due to Godhra and Ahmedabad and we respect him for the same reason. If the same Narendra Modi has called the controversy surrounding Ghulam Ali and (former Pakistan minister) Khurshid Kasuri unfortunate, then it is indeed unfortunate for all of us," he told reporters in Mumbai.

Raut, however, seconded Modi's views on Dadri lynching and said the incident was "highly unfortunate and it should not have happened."

Breaking his silence, Modi today described the Dadri incident and opposition to the concert by Pakistan singer Ghulam Ali from Shiv Sena as "undesirable and unfortunate" and that his government had nothing to do with them but accused the opposition of indulging in "pseudo secularism" and politics of polarisation.

Ghulam Ali's concert in Mumbai was last week called off following threats from the Sena, despite a snub to it by Maharashtra Chief Minister Devendra Fadnavis who said adequate protection would be provided to Ali and that the concert would be held according to schedule.

Accusing Modi of suffering from selective amnesia and not taking appropriate action in the wake of the Dadri lynching, Congress said that it is not posturing that is needed but concrete action.

"Narendra Modi is suffering from selective amnesia. He has forgotten that he is the Prime Minister of entire country and safety and protecting the life of 125 crore citizens of India is his responsibility," Congress chief spokesperson Randeep Surjewala said in Delhi.

Surjewala said Modi selectively forgets that BJP government is in power in Maharashtra where Ali's concert was cancelled or Sudheendra Kulkarni's face was smeared with ink.

JD(U) president Sharad Yadav also criticised the Prime Minister saying that while he is quick to speak on the victories of the cricket team, he was speaking on the Dadri incident after much delay. He described the Dadri lynching as a "Talibani act."

CPI MP D Raja slammed Modi's remarks on the Dadri incident as "too little and too late", saying it amounted to dereliction of duty.