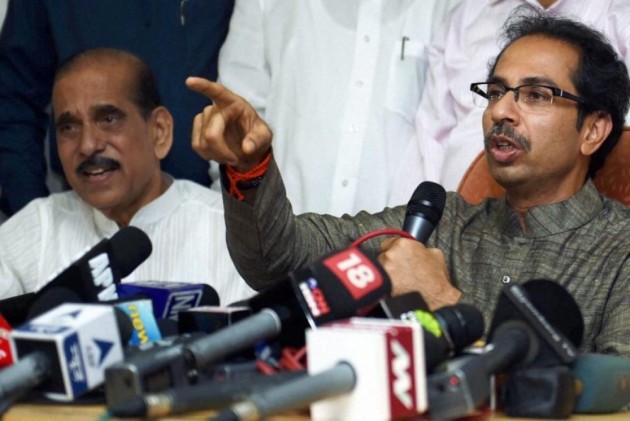 NDA constituent Shiv Sena on Wednesday said it supports the government over the demonetisation decision even though it is concerned over the "inconvenience" caused to people, days after it joined a Trinamool Congress-led protest march over the issue.

The party also rubbished reports that its delegation, which met Prime Minister Narendra Modi over the issue on Tuesday,  was given an earful.

It sought to take the credit for the government's decision to announce Rs 21,000 crore disbursal to district central cooperative banks (DCCBs) through NABARD to provide loans to farmers to meet their credit requirements during the winter crop season.

The delegation had demanded that cooperative banks be allowed to carry out transactions as the rural economy of Maharashtra and other states is largely linked to such financial institutions.

"Although we joined Mamata Banerjee in the protest march and met the President, our memorandum was different from what she was demanding. We never asked for roll back of the drive, but we are more concerned with the way it is implemented and the inconvenience caused to people.

Modi then went onto to say that 'How can I (Modi) leave you (the Shiv Sena). I don't know what you will do, but I have to answer (late Shiv Sena supremo) Balasaheb (Thackeray)', he said.

"The entire conversation was in a very playful and jovial manner," another Shiv Sena MP, Anandrao Adsul, said.

The Shiv Sena, the second largest constituent of the NDA, has been having an uneasy relationship with the BJP ever since the two parties parted ways ahead of the 2014 polls.

The government on Wednesday announced that it would provide Rs 21,000 crore to district central cooperative banks (DCCBs) through NABARD to provide loans to farmers to meet their credit requirements during the winter crop season.

"At present, we are content that steps have been taken in this regard. However, we will keep raising this issues whenever any inconvenience is caused to people," he said.