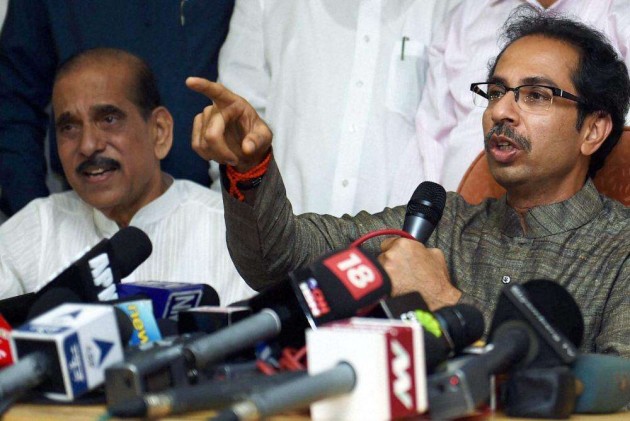 After Uddhav Thackeray hit out at All-India Majlis-e-Ittehadul Muslimeen, his party Shiv Sena today stepped up attack on the Hyderabad-based outfit,accusing it of poisoning the minds of minority community and demanded that Maharashtra government take strict action against it.

"The Owaisi brothers (MP Asaduddin and MLA Akbaruddin Owaisi) are in the habit of conceiving and spreading fundamentalist ideas. Both of them have poisoned the minds of Muslims in the country. After achieving success in Nanded Municipal Corporation, they now want to spread their wings to the Marathwada region," the Sena said in an editorial in its mouthpiece Saamana.

In an apparent reference to AIMIM, which won two seats in recently held Maharashtra assembly elections, Uddhav had on Sunday said, "Forces which are dangerous for Hindus have raised their heads in the recent Assembly polls."

"Praniti Shinde has only conveyed the sentiments of the people of India. Only Shiv Sena has been against the working style of AIMIM. Now even the Congress is speaking against the party, which is admirable," it said.

"The AIMIM has won two seats in the assembly polls and won second or third place in 14 constituencies across the state. This has emboldened them. (Devendra) Fadnavis government should take strict action against this party. Shinde has made her stance very clear, which cannot be ignored. Shiv Sena will stand firmly behind her," it said.

AIMIM made its debut in Maharashtra walking away with substantial chunk of Muslim votes in many areas and winning two seats.

Though only two (journalist Imtiaz Jaleel from Aurangabad and Waris Pathan from Byculla) of its 26 nominees won, it has rankled established parties in many constituencies.