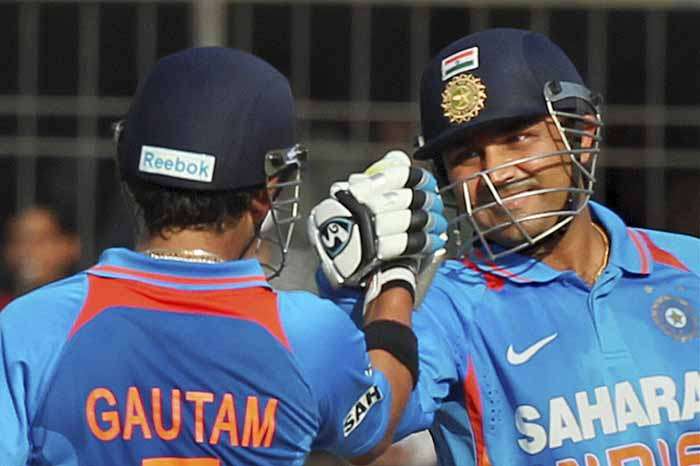 Finance Minister Jaitley, who headed DDCA for 13 years till 2013, has been accused of corruption by the Delhi Government during his tenure. The state government has demanded that Jaitley must resign or be "removed" from the union cabinet to enable an independent probe.

However, Gambhir and Sehwag came out strongly in support of Jaitley.

Sehwag, on his part, lauded Jaitley for being there for players. The swashbuckling batsman, who switched loyalties to Haryana from Delhi and retired from international cricket earlier this year, steered clear of making any political claim but lauded Jaitley's role in helping players.

"In my time with DDCA if I ever came to know of any 'surprising' selection of a player, all I needed to do was to inform @arunjaitley," Sehwag wrote.

"And @arunjaitley Ji would immediately ensure correction and justice for the deserving players at #DDCA...Was a nightmare to speak to some others at DDCA but @arunjaitley ji was always available for players in case of any difficulty at any time," he added.