Security Forces In Naxal Affected Areas May Get Trackers In Weapons, Biometrics In Smart Guns

A tracker can locate a looted weapon wherever it is taken or used while biometrics can make a smart gun useless for anyone else except the authorised user. 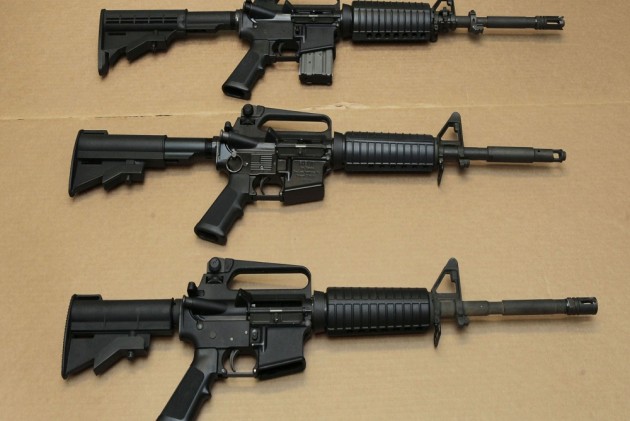 Print
A
A
A
increase text size
Outlook May 08, 2017 15:15 IST Security Forces In Naxal Affected Areas May Get Trackers In Weapons, Biometrics In Smart Guns

Trackers in weapons and biometrics in smart guns are some of the new technology that the security forces fighting the Naxals may adopt soon to check use of looted arms by the guerrillas.

The idea was floated by Home Minister Rajnath Singh while addressing a meeting of chief ministers of Naxal-hit states here today where he offered them help with the state of the art technology.

"We know that left wing extremists mostly use looted weapons. In order to prevent this, it would be advisable to have trackers in weapons, biometrics in smart gun triggers," he said.

A tracker can locate a looted weapon wherever it is taken or used while biometrics can make a smart gun useless for anyone else except the authorised user.

Singh said trackers should also be embedded in shoes, bullet-proof jackets besides others.

In addition, the home minister said, unique identification numbers should also be used in gelatin and other explosive materials.

"States that do not have expertise in such state of the art technology, the central government can assist (them) in this regard," he said.

Singh said technology is a force multiplier and many new techniques are also being used in dealing with law and order and the crime.

"On the left wing extremist front, there is a need to use more of such latest technologies," he said.

Referring to the use of some cutting edge technologies, Singh said currently the use of the unmanned aerial vehicles (UAVs) is sub-optimal which needs to be augmented both by numbers and by use in the right place.

"The mini UAVs are extremely useful. Therefore, they should be procured and available in more quantities. We must try that with every battalion there must be at least one UAV/ mini UAV.

The meeting was called in the wake of killing of 25 CRPF personnel by Naxals at Sukma in Chhattisgarh. All weapons and bullet-proof jackets of the killed jawans were looted by the guerrillas.

As many as 12,000 citizens have lost their lives in violence by the left wing extremists in last 20 years and out of these casualties 2,700 were jawans of the security forces and the remaining 9,300 were innocent people.