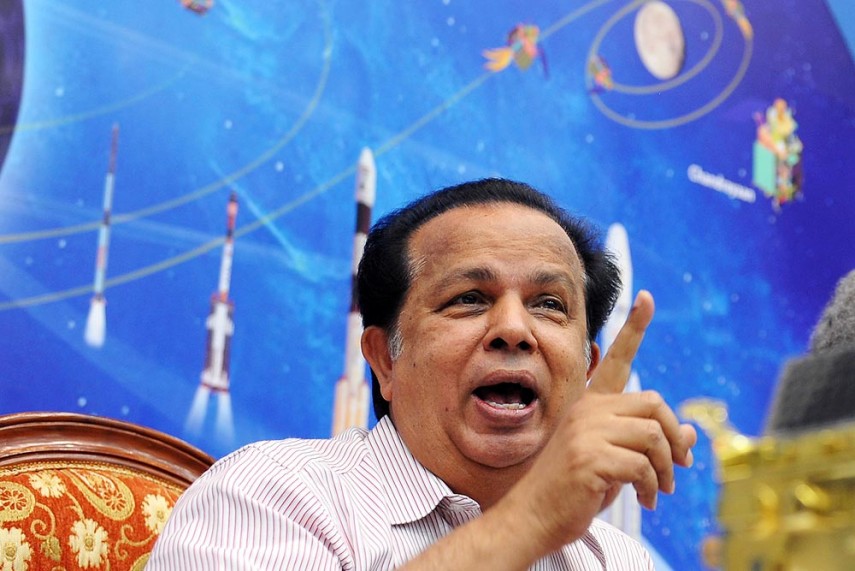 Former ISRO Chairman G Madhavan Nair today said scientists have been made "scapegoats" in the Antrix-Devas case after he was named in the chargesheet by the CBI.

Nair said he and others who have been named as an accused in the chargesheet in connection with the controversial deal have done nothing wrong and blamed the then UPA government for the "hasty" decision to cancel the agreement with Devas Multimedia over which India lost an arbitration case in an international tribunal in Hague recently.

The eminent scientist said this shortly after he along with some scientists and officials were charged by CBI under IPC sections related to criminal conspiracy and cheating besides provisions of Prevention of Corruption Act.

Nair said he failed to understand on what basis the case has been filed.

Defending the decision to lease coveted spectrum of INSAT sattelite to Devas Multimedia, Nair said in company to company agreement, Government is not kept in the loop and this practice is still continuing.

He said over a dozen such agreements were signed by Antrix with different companies providing similar services.

The former Secretary, Space Department said ISRO never bothered about what business gains any of these companies make out of their using the transponder.

On the CBI chargesheet, Nair said he did not have detailed information about but from what he heard it was related to Antrix-Devas contract, established in 2005, and they were trying to see how Devas made money by selling their shares at such high value and so on.

He said he had made clear to the Government as well as to all the agencies that it is not the responsibility of the Department of Space to look into the affairs of the Devas business.

"It is the company affairs' department and Income Tax Department who has to pursue this. In fact this information was available to these agencies in 2010. Instead of booking Devas in 2010 on the this issue now they have slept over this for a long time," he said.

Nair said they (the Government) misinformed about this old agreement and tried to justify the wrongdoing of cancellation of the agreement later.

"So they wanted to find some scapegoat and that was done and four scientists have been blacklisted long back. Now issue apparently which came out was there was no loss to the Government. There is no sale of spectrum and if at all government is not kept adequately infomed," he said.