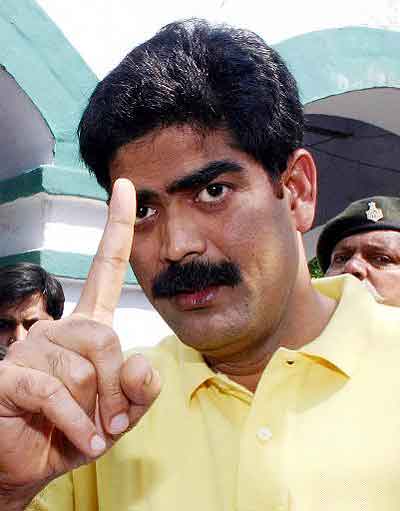 The Supreme Court today directed that controversial RJD leader Mohammad Shahabuddin be shifted to Tihar Jail here from a prison in Bihar to ensure "free and fair trial" in the cases lodged against him.

A bench of Justices Dipak Misra and Amitava Roy asked the Bihar government to transfer Shahabuddin to Tihar Jail within a week, saying "it is the obligation and duty of this court to ensure free and fair trial".

The apex court said trial in the cases registered against Shahabuddin will be conducted through video conferencing from Tihar Jail.

"We direct the state of Bihar to transfer Mohammad Shahabuddin from district jail Siwan to Tihar jail Delhi," the bench said.

The order came on the pleas by Siwan-based Chandrakeshwar Prasad, whose three sons were killed in two separate incidents, and Asha Ranjan, the wife of scribe Rajdeo Ranjan who was murdered in Siwan, seeking shifting of the RJD leader from Siwan jail.

The petitioners had told the apex court that Shahabuddin should be transferred from Siwan jail to any other jail outside the state for free and fair trial in the cases pending against him.

The Bihar government had earlier told the apex court that it is not "averse" to shifting Shahabuddin from Siwan prison to Tihar Jail here.

The state government had told the apex court that Shahabuddin is facing trial in 45 cases, including one in Jharkhand.

Continue FREE with Ads Pay Rs. 1 to Read Without Ads
READ MORE IN:
Mohammad Shahabuddin National
Next Story : Elections: 10.5 Per Cent Voter Turnout Till 9 A.M In Western UP
Download the Outlook ​Magazines App. Six magazines, wherever you go! Play Store and App Store