SC To Hear Swamy's Petition On Ayodhya Dispute Next Week 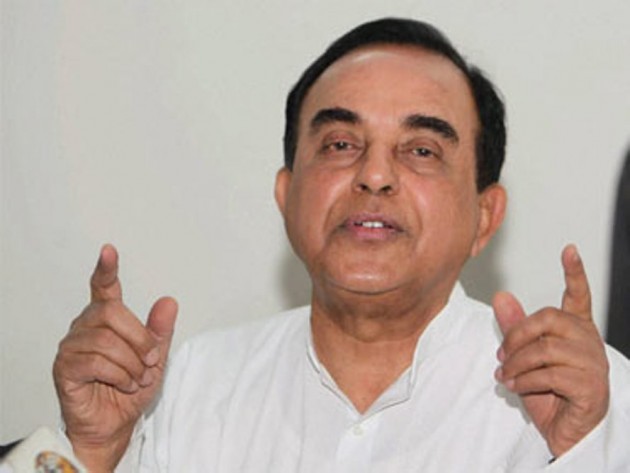 Print
A
A
A
increase text size
Outlook November 18, 2016 14:18 IST SC To Hear Swamy's Petition On Ayodhya Dispute Next Week

The Supreme Court on Friday agreed to hear BJP leader Subramanian Swamy's plea next week as to why Ayodhya temple dispute matters should be heard on a day-to-day basis.

A bench of Chief Justice T S Thakur and Justice A R Dave listed the plea of Swamy for next week after he sought an urgent hearing in the matter.

Swamy said that he has already been impleaded in the case relating to the Ayodhya dispute by the apex court and since the matter is pending for over five-and-a-half years, it should be heard on day-to-day basis.

The bench said that it would like to hear Swamy's plea as to why a day-to-day hearing should be conducted.

On February 26, the apex court had allowed Swamy to intervene in the pending matters relating to the Ayodhya title dispute with his plea seeking construction of Ram temple at the site of demolished disputed structure.

The BJP leader had earlier moved the plea for a direction to allow construction of Ram temple in Ayodhya at the disputed site and had mentioned it before a bench headed by Chief Justice T S Thakur for urgent hearing.

In his petition, Swamy had claimed that under the practices prevalent in Islamic countries, a mosque could be shifted to any other place for public purposes like constructing road, whereas a temple once constructed cannot be touched.

He had also sought directions to expedite the disposal of several petitions challenging the Allahabad High Court verdict of three-way division of the disputed Ram Janmabhoomi-Babri Masjid site in Ayodhya on September 30, 2010.