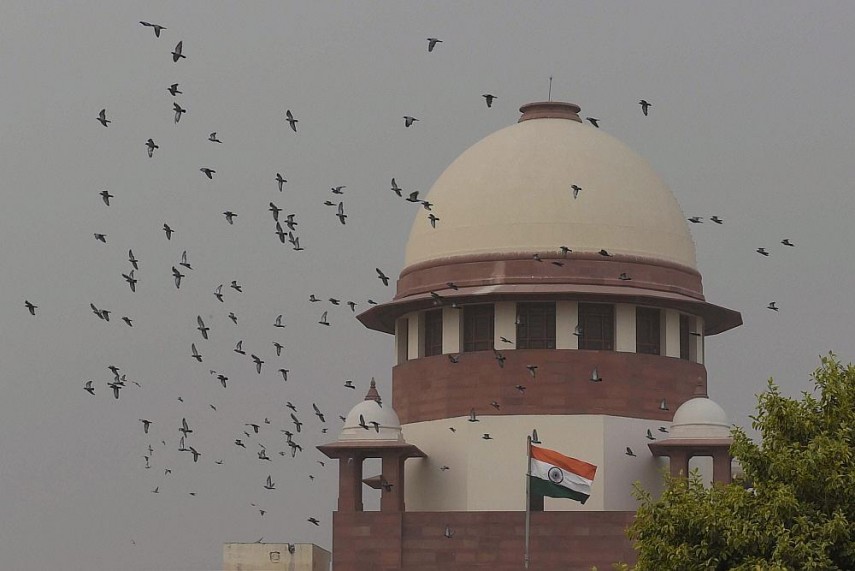 The Supreme Court today sought the response of Gujarat Government on the pleas filed by social activist Teesta Setalvad, her husband Javed Anand and two NGOs challenging the freezing of their accounts by the Crime Branch of Ahmedabad Police.

A bench of justices Dipak Misra and U U Lalit issued notice to the state and Additional Solicitor General Tushar Mehta said they would file their response within two weeks.

The court has now fixed the matter for hearing on September 21.

Teesta, her husband and the two NGOs -- Sabrang Trust and Citizens for Justice and Peace -- have approached the apex court challenging the October 7 verdict of the Gujarat High Court which had rejected their pleas for defreezing their personal bank accounts.

The action of the Ahmedabad Police had come soon after the Crime Branch had started probing a case in which Setalvad and others are accused of embezzling Rs 1.51 crore collected to convert Gulberg Society -- where 69 people were killed during the post-Godhra riots -- into a 2002 riots museum.

The high court had upheld the verdict of a lower court in this regard observing that the probe was at a serious point in the alleged case of Gulberg society fund embezzlement.