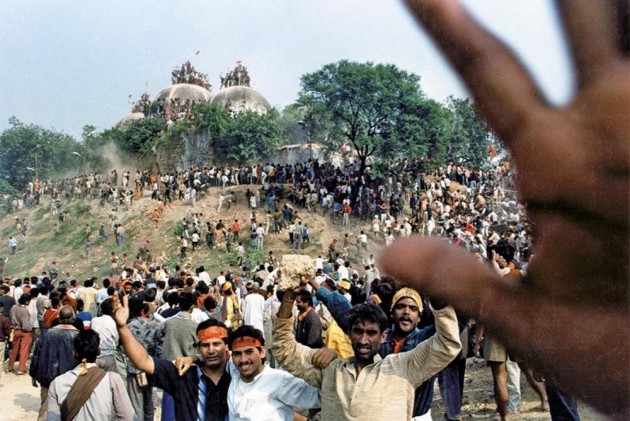 The Supreme Court today refused to accord an early hearing on a batch of civil appeals pertaining to the Ayodhya Ram Temple-Babri Masjid case.

During the hearing, a bench headed by Chief Justice J S Khehar told BJP leader Subramanian Swamy that the court was made to believe that he was a party to the ongoing litigation.

This had led to the Chief Justice of India offering to mediate between the parties to the litigation, the court said.

"You did not tell us that you were not a party to the case, we only got to know that from the press," the bench said.

Swamy, however, said that he had made it clear that he was on the issue of his Fundamental Right to worship.

"My Right to Pray is affected by the pending case and I had filed an intervening application," Swamy said.

The bench then said that it was not going to fast track the matter.

Earlier on March 21 the apex court had suggested an out-of-court settlement to the lingering Ram Janmabhoomi- Babri Masjid land dispute at Ayodhya, observing that issues of "religion and sentiments" can be best resolved through talks.

Chief Justice Khehar had also offered to mediate even as the bench headed by him suggested that the parties to the dispute adopt a "give a bit and take a bit" approach for a meaningful and sincere negotiations to resolve the vexatious issue.

The Lucknow bench of Allahabad High Court had in 2010 ruled for a three-way division of the disputed 2.77 acres area at the site in Uttar Pradesh.

The three-judge bench, by a majority of 2:1, had said the land be partitioned equally among three parties, Sunni Waqf Board, Nirmohi Akhara and the 'Ram Lalla'.

On February 26 last year, the apex court had allowed Swamy to intervene in the pending matters relating to the Ayodhya title dispute with his plea seeking construction of Ram temple at the site of the demolished disputed structure.

The BJP leader had moved the plea for a direction to allow construction of the Ram temple at Ayodhya at the disputed site and claimed that under the practices prevalent in Islamic countries, a mosque could be shifted to any other place for public purposes like constructing A road, whereas a temple once constructed cannot be touched.

He had also sought directions to expedite the disposal of several petitions challenging the Allahabad High Court verdict of three-way division of the disputed site at Ayodhya on September 30, 2010.

The dispute before the court was whether the 2.7 acres of disputed land on which the Babri Masjid stood before it was demolished on December 6, 1992, belongs to the Sunni Central Waqf Board or to the Akhil Bharat Hindu Mahasabha.