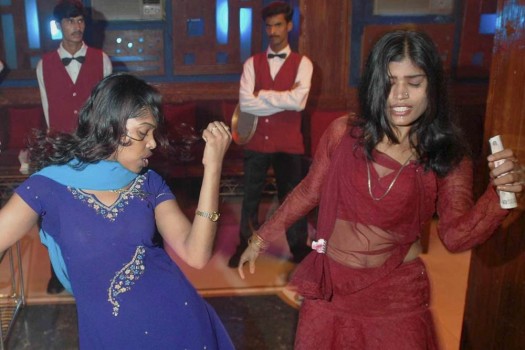 The Supreme Court today sought a response from the Maharashtra government on a plea of a bar dancers' body challenging the constitutional validity of a 2016 state law putting conditions on dance performances by women in bars and hotels there.

The court then tagged the fresh plea of 'Bharatiya Bargirls Union' with a pending petition filed by Indian Hotel and Restaurant Association (IHRA) on the issue.

It fixed the petitions for hearing on April 20. (More) The apex court is already hearing petitions, including

the one filed by the IHRA, challenging the constitutional validity of certain provisions of the Maharashtra Prohibition of Obscene Dance in Hotels, Restaurants and Bar Rooms and Protection of Dignity of Women (Working therein) Act, 2016.

The fresh plea, filed by 'Bharatiya Bargirls Union', has termed the new Act as arbitrary and violative of their right to earn a livelihood through legitimate means.

The union alleged that the term 'obscene dance' in the Act has been deliberately kept vague to allow the police to harass the women performers.

"The act of tipping or giving gifts as a token of appreciation has been customary and an integral part of traditional dance culture. This decades-old practice is akin to those performing Mujra, Lavani (traditional Marathi song and dance) or Tamasha (traditional Marathi theatre) where performers earn their living through 'bakshisi' offered by the audience as a token of appreciation of the performances.

"The said practice is widely prevalent in Maharashtra and across the country. But the Act prohibits such practice contrary to traditionally accepted form of custom, thus failing to recognise that every performance deserves a prize," the plea said.

On September 21 last year, the apex court had given interim relief to the state government by refusing to stay the operation of the new law, though it had flagged some of its provisions.

It had also allowed some dance bars which were granted licences by the state administration to continue to function under old rules and the directions issued by it.