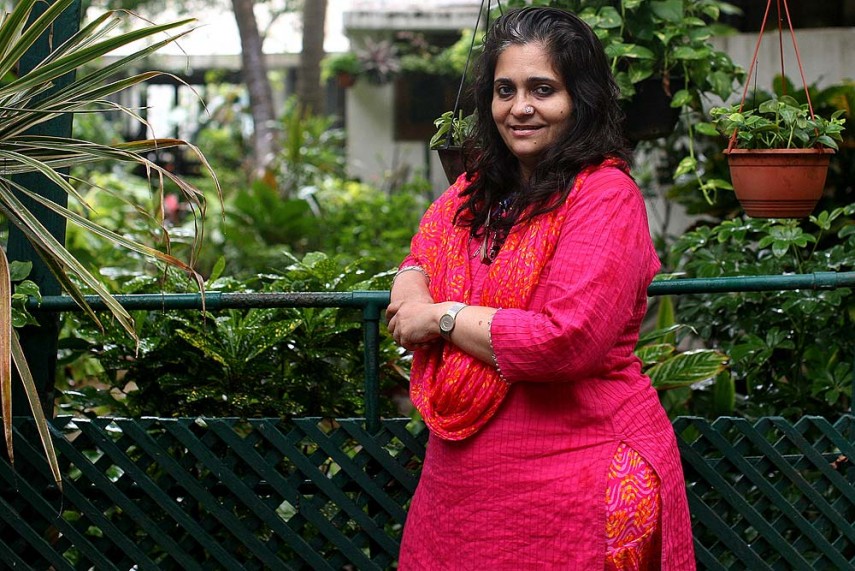 The Supreme Court today extended the interim bail of social activists Teesta Setalvad and her husband till April 29 in two criminal cases of alleged embezzlement of funds lodged by Gujarat Police and CBI.

A bench comprising justices A R Dave, F M I Kalifulla and V Gopala Gowda also referred the matters to Chief Justice of India T S Thakur for constituting another bench to hear them.

It said the Chief Justice will set up a regular bench for hearing them as the present combination of judges are not sitting together on a day-to-day basis.

The bench declined the plea of senior advocate Kapil Sibal, who was appearing for Teesta and her husband Javed Anand, that instead of any particular duration the interim bail be extended till further order.

"No we cannot do that," the bench said making it clear that it was extending interim bail for about a month and half.

The interim bail of the couple is expiring on March 18.

The apex court on January 28 had asked them to cooperate in the probe by Gujarat Police and CBI after they alleged the duo were not cooperating with the investigation and not supplying relevant documents relating to how the funds were spent.

While Gujarat Police is probing the alleged embezzlement of funds for a museum at Ahmedabad's Gulbarg Society that was devastated in the 2002 riots, CBI is investigating the purported violations of the Foreign Contribution Regulation Act (FCRA) in connection with the utilisation of funds received from Ford Foundation by Sabrang Communications and Publishing Pvt Ltd, run by the couple.

During the last hearing, Sibal had refuted the allegation of Solicitor General Ranjit Kumar and senior advocate Mahesh Jethmalani on behalf of CBI and the state police respectively.

He had said the allegation of non-cooperation was being made against Teesta and her husband as the probe was not suiting the investigators.

The court had directed Teesta and Javed that if they have not supplied the relevant documents relating to the embezzlement case to Gujarat Police in accordance with the list provided to them by investigators, they would "furnish those documents as soon as possible and preferably within two weeks".

In the FCRA case, the bench had asked the couple to file an affidavit within two weeks explaining their stand on the issue of utilisation of funds procured by Sabrang.

The Solicitor General had said in the FCRA case, CBI was seeking explanation for utilisation of funds received from the Ford Foundation but none of the over 4,700 documents provided related to the probe.

What the couple have given to the agency were vouchers relating to air travel, expenditure on wine, liquor, payments made to restaurants and hotels and documents about directors' emoluments, he said.

Sibal had said even under the Income Tax Act, the investigators cannot ask for documents for a long period of 2004 to 2016 and at best, they can go for documents of last eight years.

However, the bench had said, "They may be having books of account. You can say on affidavit that under the statute, you are not required to examine records of particular duration."

The bench also wanted to know that can under the Income Tax Act, after filing of balance sheets, other documents can be destroyed.

The Gujarat High Court on February 12, 2015 had rejected their anticipatory bail in the fund embezzlement case which was stayed on the same day after the couple approached the apex court.

The CBI has contested the August 11, 2015 order of the Bombay High Court granting anticipatory bail to Teesta and her husband in the FCRA violation case, claiming the court had erred in giving relief after holding "prima facie" that they had violated the law.

Earlier too, the apex court had warned the couple that their failure to adhere to the conditions imposed by the high court may lead to cancellation of their anticipatory bail granted in the FCRA violation case.

While the couple denied all charges claiming they were being victimised for taking up the cause of riot victims, the agency held that 'prima facie' there was misuse of funds they had received from Ford Foundation for which they were "undoubtedly answerable" and the high court ought not have granted them anticipatory bail using its extraordinary discretionary powers.

Teesta also challenged some remarks of the high court, saying "the observations made by the high court in para 8 of the impugned judgment are premature, misconceived and unjustified inasmuch as they have been recorded solely on the basis of the malicious allegations of the prosecution and without there being any relevant document or material on record, necessary to adjudicate upon the merits of the matter."