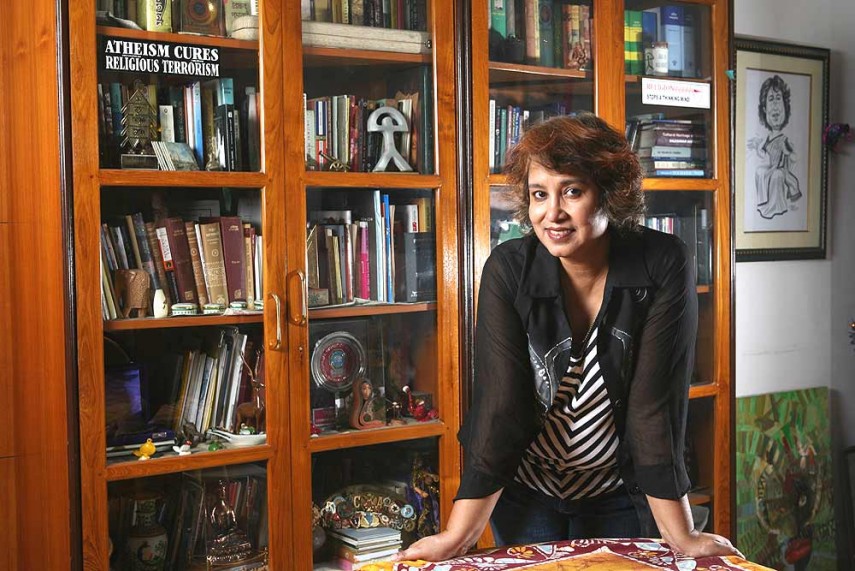 The Supreme Court today refused to entertain a plea seeking deportation of controversial Bangladeshi author Taslima Nasreen and cancellation of her visa given by the Indian government.

"Do you think that we do not have any other work to do", a bench comprising Chief Justice T S Thakur and Justice U U Lalit said while dismissing an appeal filed by an NGO against a Delhi High Court order on the case.

The bench was hearing the appeal filed by NGO 'All India Human Rights and Social Justice Front' seeking cancellation of Nasreen's visa alleging that she has been violating the Foreigners Order of 1948 and the Foreigners Act of 1946 by airing her views on every issue without prior permission.

Nafis Ahmad Siddiqui, lawyer and President of the NGO, said Nasreen, who is living in exile since 1994, has been making controversial statements, besides doing professional work here.

The authorities are granting Nasreen the visa for a period beyond 180 days which is not permissible, he claimed.

Earlier, the High Court had dismissed the PIL of the NGO on the issue saying there was no public interest in the matter. The appeal was filed in the apex court.