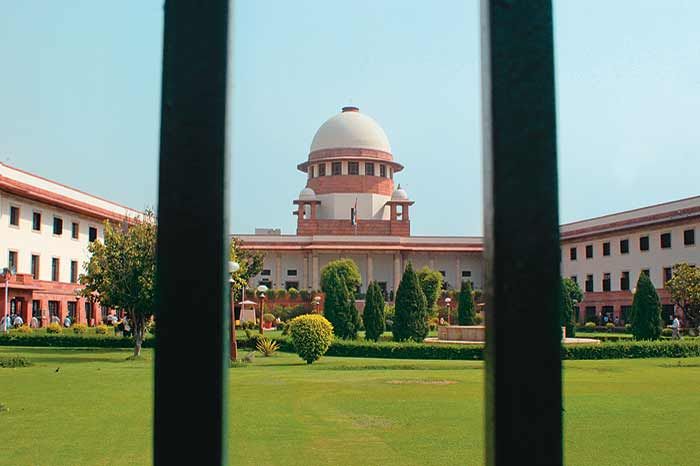 In the highest compensation awarded in a medical negligence case, the Supreme Court today asked a Kolkata-based hospital and three doctors to payover Rs 11.41 crore, including interest, to a US-based Indian-origin doctor who lost his 29-year-old child psychologist wife during their visit to India fifteen years ago.

A bench of justices C K Prasad and V Gopala Gowda arrived at a figure of Rs 6.08 crore compensation after considering various aspects such as loss of income of the deceased, loss of consortium, pain and suffering and the cost of litigation.

The court provided the break-up of compensation amount under different heads and said it will be paid along with the interest at the rate of six per cent from the date of filing of the complaint before National Consumer Disputes Redressal Commission (NCDRC) on March 9, 1999 to the date of payment.

The compensation computed along with simple interest of six per cent till today works out to over Rs 11.41 crore.

"A total amount of Rs 6,08,00,550 is the compensation awarded in this appeal to the claimant Dr Kunal Saha by partly modifying the award granted by the National Commission under different heads with 6 per cent interest per annum from the date of application till the date of payment," it said.

The court, in its 210-page verdict, termed the order as a "deterrent and a reminder to those doctors, hospitals, nursing homes and others who do not take their responsibility seriously."

It raised the compensation amount of Rs 1.73 crore, awarded by the NCDRC in 2011, to Rs 6. 08 crore to Kunal Saha, an AIDS researcher in Ohio, and asked the Advanced Medicare and Research Institute (AMRI) Hospital and the doctors to pay the amount within eight weeks along with interest.

Kunal Saha's wife Anuradha, a child psychologist, had come to her home town Kolkata in March 1998 on a summer vacation. She had complained of skin rashes on April 25 and died there on May 28, 1998.

"Before parting with the judgement, we are inclined to mention that the number of medical negligence cases against doctors, hospitals and nursing homes in the consumer forum are increasing day by day," it said and cited an earlier judgement to observe that "the right to health of a citizen is a fundamental right guaranteed under Article 21 of the Constitution of India."

In May 2009, the apex court had awarded a record compensation of Rs one crore to wheelchair-bound Infosys engineer Prashant S Dhananka for medical negligence in a surgery by Hyderabad's Nizam Institute of Medical Sciences (NIMS) which damaged his spinal chord. He died in 2011.

The apex court, in its judgement, enhanced the amount to be paid by the hospital as per the NCDRC order from Rs 40.4 lakh to Rs 5.83 crore.

It, however, reduced the amount to be paid by the three senior Kolkata-based doctors, Dr Sukumar Mukherjee, Dr B N Halder and Dr Balram Prasad.

"Since, the appellant-doctors have paid compensation in excess of what they have been made liable to by this judgment, they are entitled to reimbursement from the appellant-AMRI Hospital and it is directed to reimburse the same to the above doctors within eight weeks," the apex court said.

The bench, however, dismissed the appeal of the Hospital.

One of the four treating doctors, Abani Roychowdhury, died during the pendency of case.

The court, in its judgement, said the doctors and medical establishments must be dealt with strictly for their negligence in giving treatment to patients and asked the government to enact laws for effective functioning of private hospitals and nursing homes.

"The central and the state governments may consider enacting laws wherever there is absence of one for effective functioning of the private hospitals and nursing homes. Since the conduct of doctors is already regulated by the Medical Council of India, we hope and trust for impartial and strict scrutiny from the body," it said.

"The doctors, hospitals, the nursing homes and other connected establishments are to be dealt with strictly if they are found to be negligent with the patients who come to them pawning all their money with the hope to live a better life with dignity," it said.

The bench said its decision would act as deterrent for people who are associated with practice of medicine and do not take their responsibility seriously.

"The patients irrespective of their social, cultural and economic background are entitled to be treated with dignity which not only forms their fundamental right but also their human right.

"We, therefore, hope and trust that this decision acts as a deterrent and a reminder to those doctors, hospitals, the nursing homes and other connected establishments who do not take their responsibility seriously," the bench said.

The bench said the institutions and individuals providing medical services to the public at large "must educate and update themselves" about any new medical discipline and rare diseases so as to avoid tragedies.

The apex court fixed the value of one USD at Rs 55 for calculating the loss of the victim's income who was working as a child psychologist in the USA.

It accepted the claim of the US-based Indian-origin doctor that the loss of income of his wife be calculated by taking into consideration that the value of Indian currency has gone down since the time of the incident in 1998.

"The claimant has rightly pointed that the value of Indian currency has gone down since the time when these legal proceedings have begun in this country. This argument of the claimant has been accepted by us while answering the point nos. 2 and 3 (loss of income of the deceased). Therefore, it will be prudent for us to hold the current value of Indian Rupee at a stable rate of Rs.55 per 1$," the bench said.

"The AMRI Hospital is directed to comply with this judgment by sending a demand draft of the compensation awarded in this appeal to the extent of liability imposed on it after deducting the amount, if any, already paid to the claimant, within eight weeks and submit the compliance report," it said.

Saha had moved the apex court after being aggrieved by the quantum of compensation awarded by NCDRC.

He had filed the petition on March 09, 1999 in NCDRC claiming compensation of Rs 77 crore and later attempted to raise it by by claiming another Rs 20 crore.

"We acknowledge and empathise with the fact that the deceased had gone through immense pain, mental agony and suffering in course of her treatment which ultimately could not save her life. We are not inclined to award more than the conventional amount set by this Court on the basis of the economic status of the deceased," the apex court said.