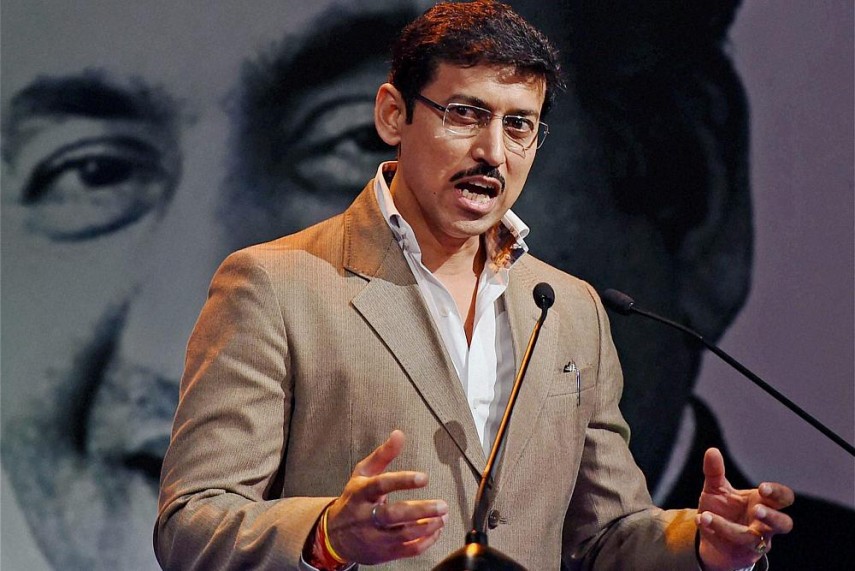 Print
A
A
A
increase text size
Outlook October 21, 2016 15:10 IST SC Asks Parsvnath to Hand Over Flat to MoS Rathore in Two Days

The Supreme Court today directed Parsvnath developers to hand over possession of a flat in its Gurgaon project to Minister of State for Information and Broadcasting Rajyavardhan Singh Rathore in two days.

A bench comprising Justice Dipak Misra and Amitava Roy said "the possession of flat shall be handed over to the respondent in two days" and said Rathore should not pay any more amount to the developer.

The apex court said the issue of compensation to be paid by the realty firm to Rathore for the delayed possession would be dealt with at a later stage of the hearing.

During the hearing, counsel appearing for the builder said the flat was ready and they could handover possession.

Rathore had booked a flat in Parsvnath's Exotica project in Gurgaon in 2006 and paid around Rs 70 lakh for it.

The firm was to deliver the flat in 2008-09. In January this year, the National Consumer Disputes Redressal Commission (NCDRC) had directed the bulider to refund the principal amount with interest and compensation to Rathore.

Earlier, the apex court had rapped real-estate firms for making tall claims to purchasers which remained unfulfilled due to inordinate delay in completing the housing projects.

It had also directed the firm to deposit Rs 10 crore by December 10 with Supreme Court registry.

The apex court's observation had come after Parsvnath Buildwell Pvt Ltd had said it would give the flats to 70 home buyers, who are before the court, by December 17.

The apex court had on September 15 directed the firm to deposit Rs 12 crore within four weeks as interest bearing short term deposit for delaying giving possession of flats to home buyers in its Ghaziabad project.

On August 26, the developer had told the court that they were in "serious financial difficulty" as they had suffered a loss of around Rs 400 crore last year. They had also said they would hand over possession of the flats in its delayed project at Ghaziabad within a year.

The firm was asked by the apex consumer commission in May to refund the principal amount in four weeks with 12 per cent interest, Rs 3 lakh as compensation and Rs 25,000 as litigation cost to 70 buyers who had booked flats in the Parsvnath Exotica project, Ghaziabad.

The court was also informed that 854 flats were to be constructed in the project and 818 buyers had made bookings.

Parsvnath Developers Ltd had moved the apex court against the apex consumer commission's order asking it to refund the money to 70 buyers along with interest.