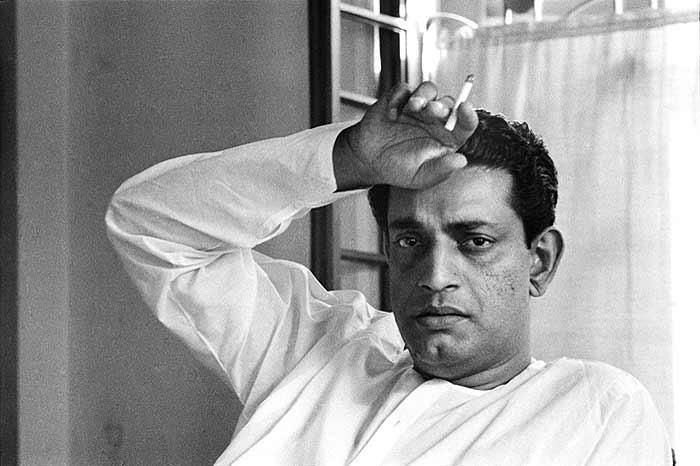 outlookindia.com
-0001-11-30T00:00:00+0553
Every year on Satyajit Ray's birthday actors who were close to him visit the 1, Lefroy Road residence of the late director but their number is dwindling over the years.

Among the first to arrive today on Ray's 92 birthday was Soumitra Chatterjee, who debuted in Apur Sansar in 1959. He was followed by Arindam Sil who paid tribute to the maestro with his first film Aborto.

Regretting that many actors close to his father like Robi Ghosh, Kamu Mukherjee and Haradhon Bandhopadhay were no longer alive, his son, Sandip Ray told PTI, "Haradhankaku was like a member of our family. He was a regular visitor on this date every year. Haradhankaku would turn nostalgic about his long association with father. But they are no more with us."

"People of all ages come on this day out of love for him, for his literary work and his films. We don't know them personally, but they are no less important than our family friends," Sandip said.

Sandip said he wishes to make a film on Ray's creation, science wizard 'Professor Shonku' by 2015.

"I will make this film in two year's time. Baba could not bring Shonku on screen, so it is my wish to do so," he said.

"The scripting is not yet over, and there are lot of logistics involved. But I want it to happen," he said.

Another plan was to make a film on Ray's novel Badshahi Angti but Sandip was yet to determine the actor who would play the role of Feluda, the detective.

Recalling the maestro Soumitra Chatterjee said, "It is difficult for me to talk about Manikda, my countless memories about him, my experience in his films on this day. You know my association with him and his family," Soumitra said turning emotional.

Arindam Sil said, "Manikda will always remain our inspiration in every way, in every film. My first film Abarto would not have been possible had I not watched Charulata, Simabadhho and other Ray films," he said.

From the archives, also see: