Sania Mirza and I Have a Strong Relationship: Shoaib Malik 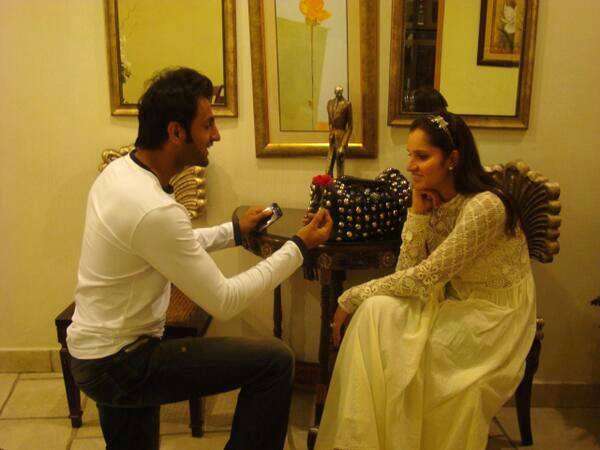 Print
A
A
A
increase text size
Outlook December 19, 2014 11:52 IST Sania Mirza and I Have a Strong Relationship: Shoaib Malik

Pakistan cricket's senior all-rounder Shoaib Malik insists that he is having a happy married life with Indian tennis star Sania Mirza and that there are no differences or problems between the couple.

"Even now I and Sania are together in Dubai and we love to spend as much time as possible together. But being professional athletes we have to also fulfill our other commitments but it does not mean our marriage is on the rocks," Malik was quoted as saying by the 'Jang' newspaper.

He was apparently responding to reports in the Pakistani and Indian media about his marriage being in trouble.

The Pakistani media has also highlighted the fact that Malik was seen moving around with actor Humaima Malik and her family.

But Malik insisted that Humaima was only a good friend.

"I and Sania have a strong relationship and we knew before we got married it would not be easy. But at times it gets frustrating reading baseless stories about our marriage," he said.

Malik also lashed out at critics for stating that he didn't want to play in the World Cup.

"I never said I didn't want to play in the World Cup. All I said was that the selectors should now give chances to those players they have persisted with since last few months."

"I am always available to play for Pakistan because whatever I am today it is because of Pakistan cricket and how can I forget this or say I don't want to play in the World Cup," he questioned.

Malik said his main priority always was to play for Pakistan and not in foreign leagues.

"Whenever Pakistan needs me I am available, whenever the selectors feel I deserve a call-up I will be happy. Whether they call me up before or after the World Cup it is always an honour to play for Pakistan," Malik said.