Same Person Should Be PM and Party President: PC 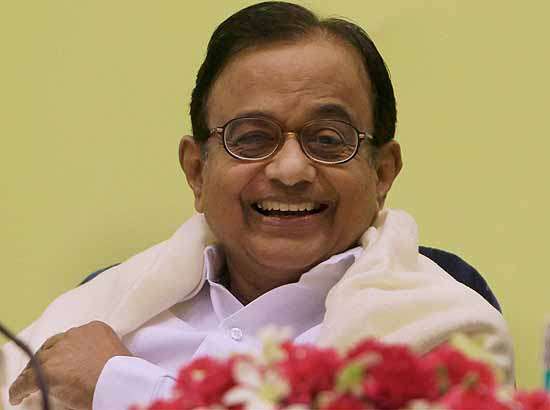 Senior Congress leader and Finance Minister P Chidambaram today said it would be much better if the same person happened to be party president and prime minister of the country.

"Ordinarily ... The party leader and the Prime Minister should be the same person... This will depend on the times we live in. Today, I believe it is much better to have party president and the PM the same person," he told NDTV.

Chidambaram was responding to Prime Minister Manmohan Singh's former media advisor Sanjaya Baru who had said the real power in UPA I was exercised by Congress President Sonia Gandhi.

The minister, however, rubbished Baru's claims that important files were vetted by Gandhi.

Baru has, in his book, The Accidental Prime Minister: The Making and Unmaking of Manmohan Singh, said the PM's Principal Secretary Pulok Chatterjee sought Gandhi's instructions on important files to be cleared by the PM.

Replying to questions on BJP's Prime Ministerial candidate Narendra Modi's projection as a strong leader, Chidambaram said the country does not need a strong leader like Hitler or Mussolini.

The BJP has accused Congress governments in Haryana and Rajasthan of favouring Vadra, son-in-law of Sonia Gandhi. It has also brought out a booklet and video against Vadra.

He said the case of industrialist Gautam Adani, considered close to Modi, cannot be compared with Vadra. The Adani issue was about state involvement in crony capitalism, he added.

On whether Priyanka Gandhi should play a bigger role in politics, Chidambaram said it was for her to decide and the party could not pressurise her.

Replying to questions as regards ' Snoopgate' in Gujarat, he said one or two judges were ready to probe the allegations and it would have been better for the UPA government to have cleared the name for inquiring into the case.

The Union Cabinet had on December 26 last year decided to set up a commission of inquiry to probe charges of illegal surveillance on a young woman in 2009 by Gujarat authorities, allegedly at the behest of Modi.

Home Minister Sushilkumar Shinde had requested the Law Minister to recommend a retired judge of the Supreme Court to head the probe panel. However, the government is yet to appoint the panel.