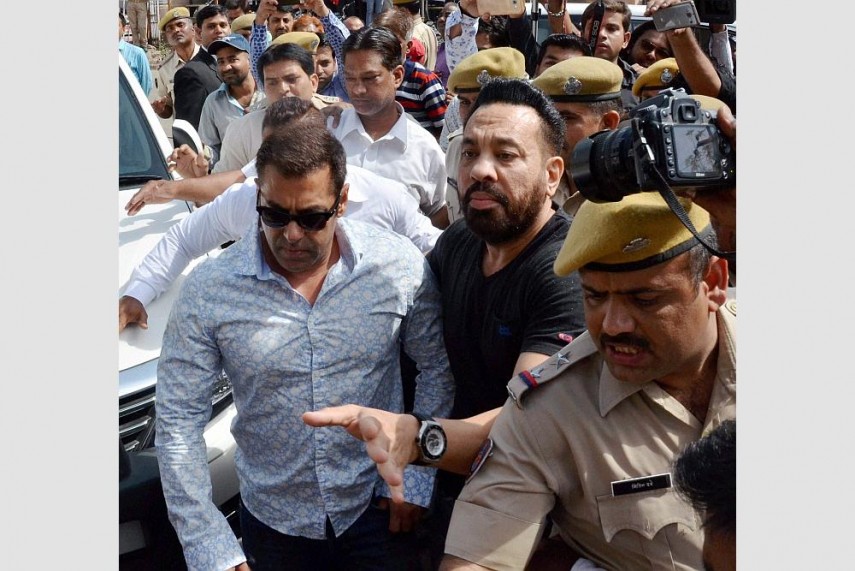 Bollywood actor Salman Khan's bodyguard Shera has been booked for assault after he allegedly roughed up an acquaintance at DN Nagar in suburban Andheri here, police said today.

The incident took place last night after Shera got into a scuffle with one Attar Umar Qureshi on Link road, with whom he also had a heated argument earlier over the phone, senior police inspector Dhanaji Nalawade of DN Nagar police station said.

The altercation turned ugly when Shera allegedly beat up Qureshi.

Subsequently, the victim approached the police station and filed a complaint after which Shera was booked under section 323 (punishment for voluntarily causing hurt) and 326 of the IPC, the inspector said.

The victim has been hospitalised in Andheri.

The reason behind the altercation is not yet clear. Also, no arrest has been made so far in the case and further probe is underway.

When Qureshi was passing through the Link Road with his friends, he saw Shera and halted his car, said Mumbai Police spokesperson Ashok Dudhe in a statement.

Meanwhile, Qureshi got a call and while he was speaking an altercation broke out between him and Shera, he said.

According to the spokesperson, the complainant alleged that Shera hit him with a baton and a but of pistol and fled from the spot.