Salman Promoting 'Obscenity and Vulgarity' in the Valley, Alleges Dukhtaran 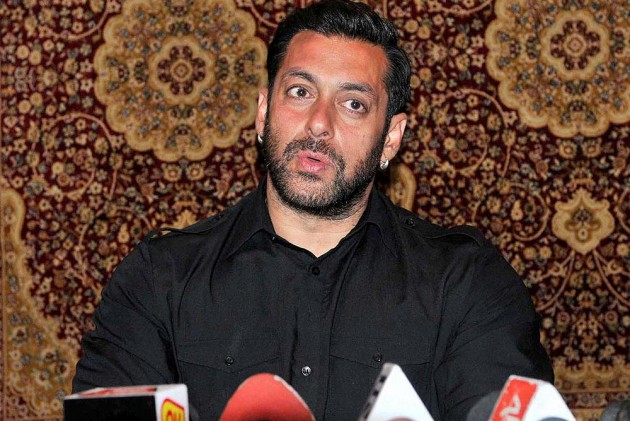 Print
A
A
A
increase text size
Outlook May 19, 2015 22:28 IST Salman Promoting 'Obscenity and Vulgarity' in the Valley, Alleges Dukhtaran

Separatist Dukhtaran-e-Millat (DeM) chief Asiya Andrabi today hit out at Bollywood superstar Salman Khan, saying he was acting as an agent of "cultural  aggression" in Jammu and Kashmir by batting for increased tourism and opening of cinema halls in the valley. The radical women's outfit leader also hit out at Chief Minister Mufti Mohammad Sayeed, accusing him of promoting  obscenity and vulgarity in the name of tourism promotion.

"Mufti (sayeed) and Salman Khan are promoting obscenity and vulgarity in the name of Bollywood and giving push to tourism in Kashmir," Andrabi told reporters.

"He (Salman) is acting as an agent of cultural aggression," she added.

Commenting on Bollywood actor's support for reopening of cinema halls in Kashmir, Indrabi said her party will  continue to oppose any such move.

"We ensured that cinema halls get closed as films  (movies) are tools of vice. We will continue our struggle  against reopening of these halls," she said, adding "Cinema is the greatest vice to encourage waywardness among the society."

The DeM, along with now-defunct militant outfit 'Allah Tigers', had forced closure of cinema halls and most of the liquor shops in the valley in 1989 by targeting them. Salman, who completed shooting for Bajrangi Bhaijan today, had on Sunday batted for reopening of cinema halls in  Kashmir. "Everyone watches movies here. Cinema theatres should be re-opened here. We would love to premiere a film here if theatres are re-opened," he had said.

Continue FREE with Ads Pay Rs. 1 to Read Without Ads
READ MORE IN:
Asiya Andrabi Salman Khan Arts & Entertainment
Next Story : UP to Include Madrassas on Grant List
Download the Outlook ​Magazines App. Six magazines, wherever you go! Play Store and App Store