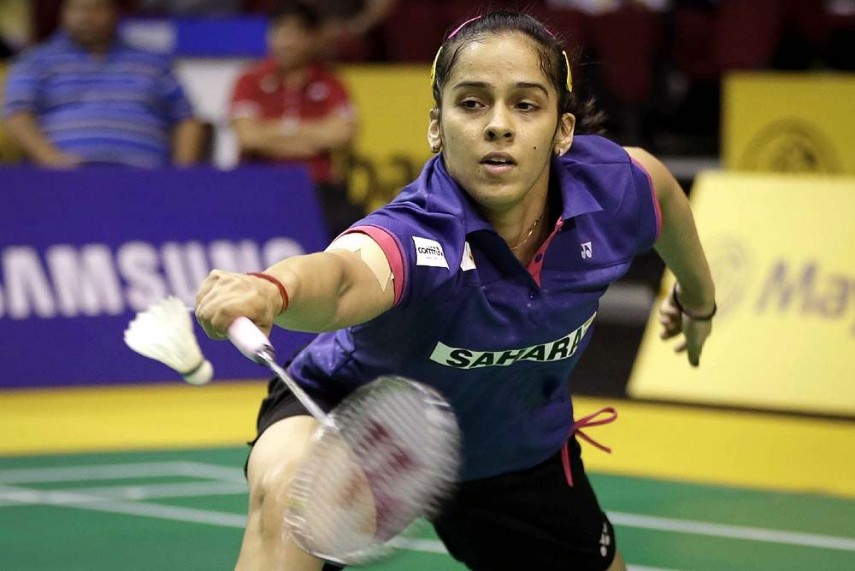 Defending champion Saina Nehwal entered the pre-quarterfinals but it turned out to be a disastrous day for the men with all of them, including reigning champion K Srikanth, failing to cross the opening hurdle at the Yonex-Sunrise India Open Super Series badminton here today.

World No. 10 Srikanth, who had defeated Tian Houwei during the Badminton Asia Team Championships in February, played out of his skin before losing 13-21 21-17 22-24 to the All England finalist from China in a hard-fought match that lasted one hour and 23 minutes.

Srikanth, who has not crossed the second round of any Super Series event ever since his India Open win last year, will lose a lot of ranking points and it might put his Olympic qualification in danger as he will slip down the ladder when the BWF ranking list is released on April 7.

Indian challenge ended in men's singles after H S Prannoy and Sourabh Verma also suffered defeats in the opening round at the Siri Fort stadium.

World No. 6 Saina, P V Sindhu and unheralded Rituparna Das, however, advanced to the second round of the USD 300,000 event.

Saina will next face Thailand's Nitchaon Jindapol, Rituparna will meet former All England champion and fourth seed Ratchanok Intanon of Thailand, while two-time World Championship bronze medallist Sindhu will be up against Thailand's Busanan Ongbumrungphan.

Even before the fans could recover from the defeat of Srikanth, Prannoy, who had won the Swiss Open last week, went down fighting 21-23 21-18 13-21 to Tanongsak Saensomboonsuk of Thailand and Sourabh, who is trying to make a comeback from a series of injuries, was hit by a tornado called Lin Dan of China. The 23-year-old from Dhar lost 18-21 9-21 to the two-time Olympic champion.

Earlier, B Sai Praneeth, who had stunned two-time Olympic silver medallist Lee Chong Wei in the opening round of All England Championship, lost 20-22 13-21 to Sony Dwi Kuncoro of Indonesia, while Ajay Jayaram blew away a 11-7 and a 19-17 lead in the decider to go down 12-21 21-13 19-21 to German Marc Zwiebler in the opening round.