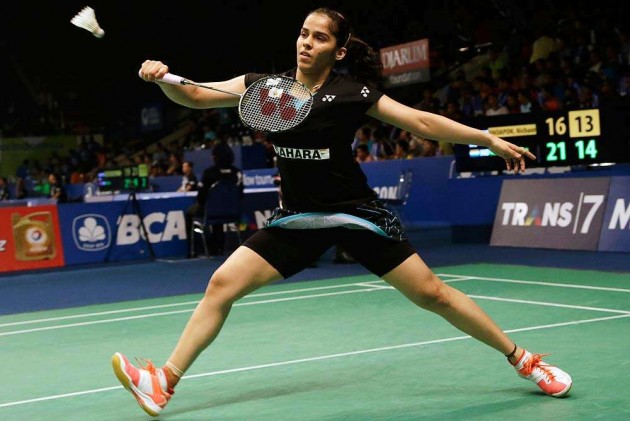 Ace Indian shuttler Saina Nehwal today regained the number one spot in world badminton rankings by toppling Spaniard Carolina Martin to whom she had lost in the summit clash of the just-concluded World Championships.

Olympic bronze medallist Saina, who was beaten by Carolina at Jakarta on Sunday, dethroned the Spaniard and the Indian now sits pretty with 82792 points in the latest BWF ranking released today.

The 26-year-old Indian had first become the World No. 1 in March after her maiden win at the Indian Open. She lost her top spot soon after that before regaining it again in May. She eventually was dethroned from the numero uno position by Carolina in June.

In men's singles, Parupalli Kashyap jumped two places to become World No. 8, while women's doubles combination of Jwala Gutta and Ashwini Poppanna also broke into the top 10 after their quarterfinal finish at the World Championship. The Commonwealth Games silver medallists have improved two places to be at number 10.

India Open winner Kidambi Srikanth, however, dropped one place to be at number four while two-time bronze medallist at World Championship, P V Sindhu too lost a spot to be at World No. 14.

There are no Indians in the top 25 of mixed doubles category.