Saina One Step Away from Australian Open Triumph, Srikanth Sinks 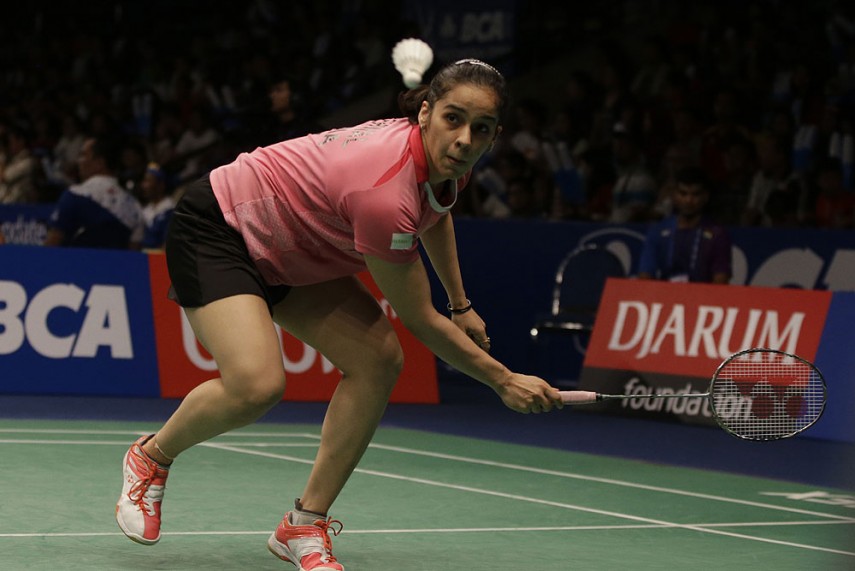 Print
A
A
A
increase text size
Outlook June 11, 2016 15:41 IST Saina One Step Away from Australian Open Triumph, Srikanth Sinks

Indian ace shuttler Saina Nehwal is one win away from her maiden title of the season as she advanced to the finals of Australian Open Super Series by beating World No. 2 Yihan Wang of China in the women's singles event here today.

Saina received a big boost ahead of her Rio Games campaign as she defeated 2011 world champion and 2012 Olympic silver medallist Yihan, seeded fourth, 21-8 21-12 in just over half an hour in the semifinals.

The London Olympic bronze medallist Indian will take on World No. 12 Sun Yu of China, who defeated third seed and compatriot Li Xuerui in another semifinals, in the summit clash tomorrow.

The girl from Hyderabad, who had won the Australian Open in 2014, has a 5-1 head-to-head record against Sun, who had upstaged the Indian once at the 2013 China Open.

In men's singles, Kidambi Srikanth's fight ended with a disappointing 20-22 13-21 loss against Denmark's Hans-Kristian Vittinghus in a 43-minute semifinal battle.

Saina was at her dominating best in the opening game. She executed her plans perfectly and zoomed to a 15-6 lead against Yihan. The Indian came up with some sharp angled returns to bamboozle the Chinese. Her slices and smashes were stiff and sharper then Yihan, who seemed off-colour.

A quick movement and a brilliant smash down the line took Saina to 12 game points and she grabbed the first game when Yihan hit wide to earn the bragging rights.

In the second game, Saina did not allow the intensity to slip and rode on Yihan's sluggish movement and inconsistent strokes to once again open up a 11-4 lead with a cross court return as they moved to the interval.

After the break, Saina continued playing her own game, often reprimanding herself or accepting a missed chance during a rally. She changed the pace and came up with a wide variety of strokes to make Yihan run across the court.

Her attacking winners gave her results as Saina reached her match point when Yihan hit the net. The Indian failed to reach for a back hand return, netted a stroke before grabbing the final point when Yihan found the net again.

Srikanth too had his chances even though he was lagging behind for most part of the opening game. The Indian was 14-9 and 17-13 behind but he did manage to level par at 17-17 and even grab the lead twice. But it was Vittinghus who reached the game point twice and grabbed the second opportunity to pocket the first game when the Indian hit long.

After a fighting start to the second game, Vittinghus once again moved to a slender 4-3 lead after winning a video referral. His smash had kissed the line after Srikanth failed to reach for the shot. The Indian suffered a bruise on his knee area and needed medical attention.

After the break, Vittinghus continued to move ahead reaching 7-4. Srikanth made some excellent retrieves to narrow the lead but the Dane managed to enter the break at 11-6.

After the interval, it was Vittinghus' show as he continued his march, reeling off four points. Srikanth grabbed a couple but it was the Dane who was reading the game better and came up with better strokes even as the Indian kept faltering with his strokes.

At 19-11, Vittinghus took a medical time out after suffering a bruise on his right elbow area.

A rushing net shot error and a smash gone wide gave two points to Srikanth, who gifted away seven match points to the Dane after finding the net. Vittinghus then grabbed his maiden Super Series final place after the Indian hit wide after a long rally.