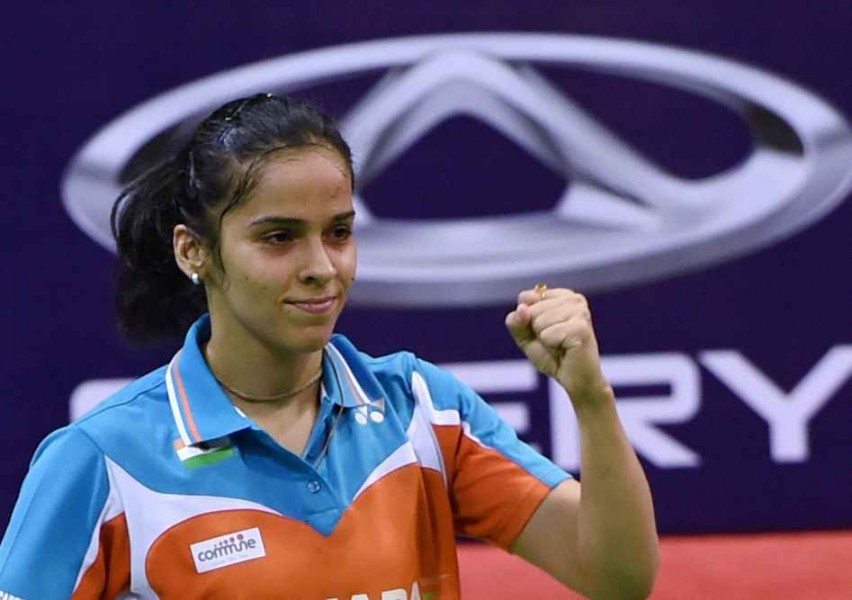 Indian ace Saina Nehwal received a huge boost ahead of the Rio Olympics as she clinched her second Australian Open title after defeating China's Sun Yu in a thrilling three-game final of the Super Series badminton tournament here today.

London Olympics bronze medallist, Saina, who had beaten two world champions -- Thailand's Ratchanok Intanon (2013) and China's Yihan Wang (2011) in the quarterfinals and semifinals --, thus clinched her maiden title of the season and pocketed a cheque of USD 56,250.

It is Saina's second Australian Open victory, having clinched the title in 2014 as well. It ended a rather long title drought for the celebrated Indian, whose previous title before today was at the India Super Series in New Delhi in last year.

Saina had defeated Sun five times in the last five outings but she faced a tough challenge against the 22-year-old Chinese, who took just 18 minutes to wrap up the opening game at the Sydney Olympic Park.

Sun dished out a fast-paced game, which Saina failed to break initially. The Indian struggled with the length of the shuttle and committed a few unforced errors early on as the duo moved together till 4-4.

Saina missed a couple of points at the net and also hit wide to allow Sun a lead of 7-4. The Indian failed to connect and reach for a few returns which allowed Sun to extend the lead at 10-5. At the break, Sun lead 11-6 when Saina's backhand return failed to cross the net.

Two wide returns by Sun helped Saina narrow the gap but the Chinese kept engaging her in fast rallies, not allowing her to play her own game.

The Indian also faltered in judging the shuttle at the backline three times to see Sun lead 17-10.

With Sun covering the court well, the margin of error was nil for Saina and she eventually conceded the opening game after losing a video referral following a wide shot.

After changing sides, the second game started on an even-keel as the duo were locked 4-4 again. Sun used her deceptive shots to wriggle out of tricky situations and also covered the front court well to lead 6-4.

Saina grabbed a couple of points to draw level and with Sun sending the shuttle outside twice, the Indian led 10-8. She entered the interval with a three-point lead when Sun hit the net.

The Chinese grabbed two quick points after the break but Saina continued to break the pace by playing few attacking shots and drawing the Chinese close to the net with deceptive strokes. The result was Saina leading 17-12.

With Sun hitting the net, Saina grabbed six game points and converted the first after the Chinese found the net again.
In the decider, Saina and Sun once again fought tooth and nail to move to 3-3 before the Indian opened up a 6-3 lead and maintained it to reach 8-5. Sun, however, drew parity after Saina committed a few unforced errors. Sun soon lead 9-8.

Saina, however, didn't allow the momentum shift and entered the break with a slender 11-10 lead after winning three points which included a video referral judgement.

What ensued next was fierce rallies with Saina trying to play Sun in all corners of the court. The Indian, however, missed the lines a few times and Sun too came up with some accurate smashes to keep breathing down her neck at 14-15.

A determined Saina, however, moved to a four-point lead with Sun again hitting out. The Indian herself produced a couple of superb down the line smashes.

A fighting Sun once again cut down the lead with a cross court smash. But Saina soon moved to match point at 20-17.

Sun saved two after Saina hit wide and then faltered at the net. However, the Indian grabbed the next point when Sun hit the net and threw her arms in the air in celebration.

Saina had become the first Indian woman shuttler to reach the World No.1 on April 2 last year, following her title win at the India Open. She won a silver at the World Championship in August in Jakarta, Indonesia.

She also reached the finals of the China Open Super Series Premier in November but a nagging ankle injury saw her form dip as she missed a series of events before making a comeback at the India Open.

She registered a series of semifinal finishes at the India Open, Malaysia Open, Badminton Asia Championships. She also won a bronze, her second in the Asian Championships. In June, she reached the quarters at the Indonesia Open Superseries Premier.