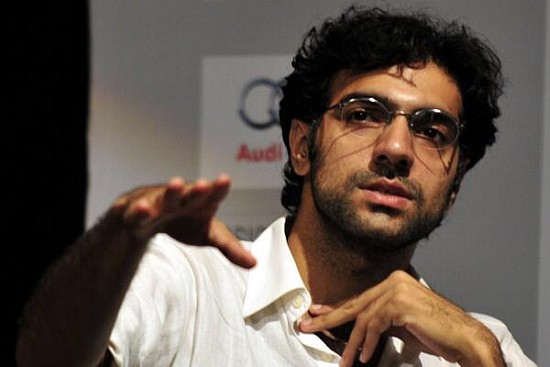 Joining the succession of writers who have returned government-conferred honours as a mark of protest, Sahitya Akademi's 'Yuva Puraskar'-winning author Aman Sethi today said he is returning his award as he was "shocked" at the literary body's refusal to take "a firm stance" on the killing of Kannada author MM Kalburgi.

"The Akademi cannot draw its legitimacy by celebrating writers while shying clear of solidarity when they are targeted" Sethi said in a tweet, which also contained a link to his statement emailed to Akademi chairperson Vishwanath Prasad Tiwari.

The 1983-born Sethi's 'A Free Man', a book of narrative reportage, had bagged the Akademi's award for young writers under the age of 35 in 2012.

"Recent events suggest that the Akademi is neither interested in supporting writers in their fight to push the boundaries of expression and thought, nor in asserting its autonomy at a time when the spirit of critical inquiry is clearly under threat," Sethi said.

Referring to Akademi President Tiwari's statement that the the Akademi was an autonomous body -- with representatives from all languages -- and will raise the issue before the Executive Committee, which will take the final call, Sethi said, "A condolence meeting is not the same as a statement of solidarity. Its silence in the face of attacks on writers like U R Ananthamurthy, and Perumal Murugan in the past. This appears to be in line with what Akademi President Vishwanath Prasad Tiwari calls the institution's tradition of staying silent on 'political controversies'."

"In this instance, I think, a number of writers (some of whom have written books I admire) feel that the Akademi has failed in its primary purpose of supporting authors. While I may or may not agree with all the views and politics of all those who have returned their awards, I stand with them on this specific issue," Sethi said.

The writer pointed out that the Akademi's stance can be compared to the analogy of the workers' union.

"Here, the idea of a workers union offers a useful analogy in that a union is relevant only for as along it is autonomous and serves its members. When a union becomes a tool for management – as many unions eventually become – workers break away and form their own associations that may, or may not, choose the union form," he said.

"Institutions like the Sahitya Akademi need writers, authors, and journalists much more than we need them. We are fortunate that our primary loyalties reside with our readers. It is to our readers that we are answerable, not to institutions of state," he said.