'Saffronisation' Done by Public When They Gave Mandate to BJP: Mahesh Sharma 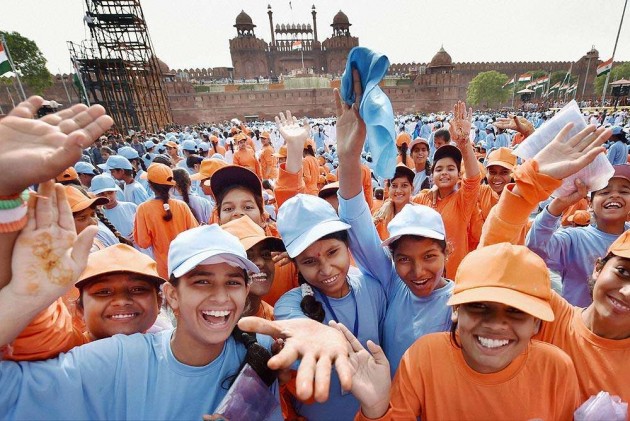 Print
A
A
A
increase text size
Outlook September 07, 2015 19:37 IST 'Saffronisation' Done by Public When They Gave Mandate to BJP: Mahesh Sharma

Accused of "saffronising" education, Union Minister Mahesh Sharma today said if at all saffronisation had been done, it had been done by the public by giving BJP a big mandate and asserted that they wanted to remove "pollution" from the national ideology.

Sharma made these comments after a two-day meet of the Education and Culture ministers from the BJP-ruled states during which a host of issues close to the party's ideology were deliberated.

"We discussed education and culture and how we can inculcate values. The other issue was pollution of ideology, national ideology... Some people alleged that we are doing saffronisation. If at all saffronisation has been done, it has been done by the public of India. We accept the mandate of the people," the Union Culture said.

Party leaders also spoke about giving a big boost to the publicity of BJP ideologue Deen Dayal Upadhyaya on the occasion of his birth centenary celebrations.

Sharma, who took part in the meeting, said they also discussed "conserving and developing national ideology" and how to remove pollution from it, a veiled reference to those aspects of the educational and cultural discourse BJP's ideological mentor RSS frowns upon.

The meeting was part of the party's agenda of good governance and sharing of best practices among its governments.

National Education Policy, over which the Centre has been holding consultation, was also discussed.

The two-day meet ended today, coming close on the heels of the three-day coordination meet of RSS, its affiliates, BJP and the government held last week.

Sources said representatives of RSS affiliates like 'Sanskar Bharati', 'Vidya Bharati' and 'Sanskriti Bharti' were also present in the exercise attended by HRD Minister Smriti Irani among others.

Syama Prasad Mookerjee Research Foundation Director Anirban Ganguly said participants also spoke about publishing books and holding events to popularise the thoughts of Upadhyaya on the occasion of his birth centenary next year.

Prime Minister Narendra Modi has often spoken about the the need to disseminate his ideas and works.

The meet also stressed the need to celebrate the 125th birth anniversary of Dalit ikon B R Ambedkar next year. With an eye of politically crucial Scheduled Castes votes, BJP as well the Centre have planned a number of year-long events to mark the event.

BJP ministers also discussed steps to boost school enrollment, especially of girls and those from the weaker sections of the society.